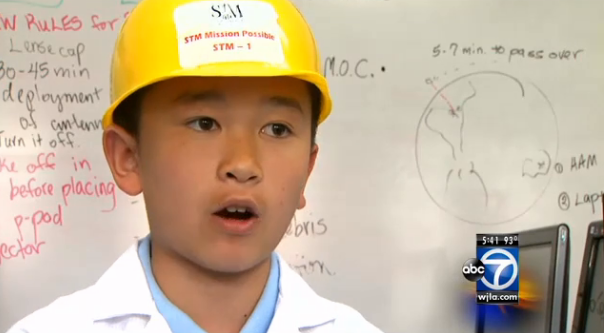 [SatNews] "Our magic moment is engaging them, exciting them in all these new things, and we've already done that."

Here at mission operations center, it's T-minus and counting.

Inside this computer class, students are making space history. They are part of a "mission"—a three-year project that Saint Thomas More Cathedral School is calling "Mission Possible"—to design, build, test and ultimately launch a cube-sat, which is a 4-by-4-inch, cube-shaped satellite used for space research.

Computer teacher Melissa Pore is heading up the mission. "We're actually using a kit called the Cube-Sat kit," she explained, "and we're looking at common items we can use."

Those items include things such as measuring tape, which they used to make the antenna.

"We've been seeing how much time it takes for it to go out."
Every student has a job, Pore said.

We thought at first we could tether it on, but we were worried it might hit one of the solar panels," fourth-grader Gabriel MacPhail explained. 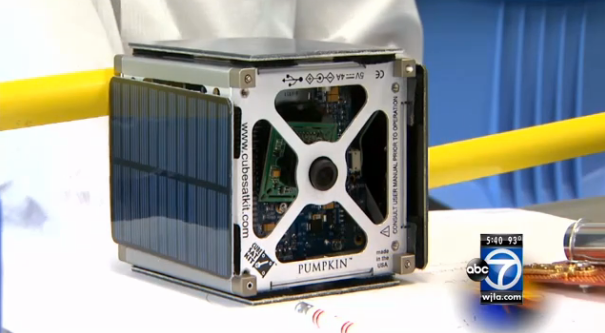 As for the impact the project is having on the students?

"It has changed my interests, because it's not just something you're reading out of a textbook, it's something that I can now actually apply," said fifth-grader Liana Tadesse.

"I know it's a long shot, but I want to be part of Mission Control [for NASA]," said seventh-grader Lillian Wohnig.

In that respect, the project has already accomplished its "mission." Principal Eleanor McCormack says the next step is sending it up into space.
"Yes, we're hoping that it launches and gives us great images, but what we're really hoping for is that a process is learned about how a scientist operates," McCormack said.

"Our magic moment is engaging them, exciting them in all these new things, and we've already done that."

This was courtesy of a news program from WJLE Arlington, Virginia.
Learn more here.