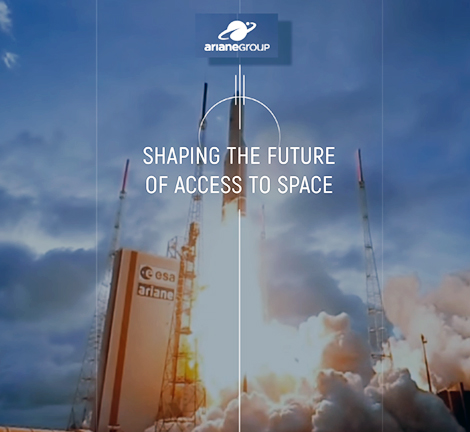 ArianeGroup has officially inaugurated the integration hall for the Ariane 6 upper stages in Bremen, Germany.

In this 6,000 m², 21 meter high building, ArianeGroup is currently finalizing the integration of two Ariane 6 upper stages that will be tested early next year. The first will be sent for test firings to the new DLR test bench inaugurated last February in Lampoldshausen. The second will join the other components of the launcher in Kourou, French Guiana, for combined testing of the launcher and the ELA-4 launch pad prior to the inaugural flight, scheduled for the second half of 2020.

The Ariane 6 upper stages are equipped with the re-ignitable Vinci® engine, which enables the future European launcher to carry out all types of missions, whatever the duration and orbit, including, particularly, deployment of satellite constellations. Its main feature is its multiple ignition capability: Vinci® can be re-ignited as often as necessary to place several payloads into orbit during a single mission. 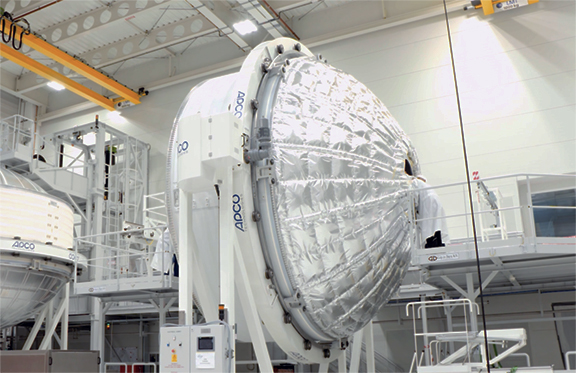 The first flight model of the Vinci engine for the inaugural launch of Ariane 6 is already in integration at the ArianeGroup Vernon site in France, while the ArianeGroup Ottobrunn, Germany site is currently working on the combustion chambers for the Vinci and Vulcain 2.1 engines for the launchers scheduled to fly between 2021 and 2023. Following the start of series production of the first 14 launchers on May 6, the entire industrial chain is working to produce the launchers that will fly from the first half of 2021, in accordance with the schedule established with the first customers for Ariane 6.

The ArianeGroup Bremen site currently employs around 550 highly qualified people, including about 100 who are working in the building inaugurated today. All manufacturing and integration processes for the upper stages are based on industry 4.0 technologies designed for efficient production at the lowest cost in an environmentally friendly manner.

In Bremen, ArianeGroup and MT Aerospace, an OHB subsidiary, work side by side. MT Aerospace manufactures metal structures for hydrogen and oxygen tanks in a building adjacent to the integration hall where ArianeGroup equips and integrates these tanks into the launcher upper stage, together with the Vinci engine and the avionics.

Ariane 6 is an ESA program. ArianeGroup is design authority and lead contractor for launcher development and operations.

Pierre Godart, CEO of ArianeGroup in Germany, said this success demonstrates that Bremen is a crucial center of competence for the European space industry. Together, with the support of ESA, the national space agencies and all the European partners in the Ariane 6 program, the company will carry out all missions to all orbits in support of European space ambitions with the firm's competitive, always evolving launcher.