[SatNews] “We are now aiming to ensure this new standard is integrated across satellite equipment ... in time for a number of high profile sporting events in 2014.” 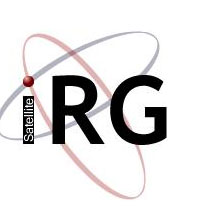 The Satellite Interference Reduction Group (IRG) today announced that the DVB Carrier ID (DVB-CID) specification, supported by IRG and its members, has been approved by the DVB Steering Board on 28th February 2013. The specification will now be submitted to the European Telecommunications Standards Institute (ETSI) for formal standardization. The DVB-CID specification is available for downloading on the DVB website1.

The new technology is based on a proposal by Comtech EF Data and became a DVB specification supported by a wide group of manufacturers including Advantech Wireless, Ericsson, Gilat, Newtec, and iDirect, following a meeting instigated by IRG at the 2011 IBC.  Manufacturers, such as Newtec and Comtech, are implementing the new technology into their modem products, starting with the Comtech EF Data DM240XR and the Newtec M6100 modulator. Products implementing the new DVB-CID will be announced at CABSAT.

The new spread spectrum Carrier ID standard adds a low power spread spectrum carrier underneath the host carrier it will identify.  This means that the correct transmission doesn’t need to be interrupted to identify the interfering carrier, enabling the operator to drastically minimize the effect on the correct user.

“We are delighted that this new DVB specification has been approved,” commented Martin Coleman, Executive Director, the Satellite Interference Reduction Group. “We are now aiming to ensure this new standard is integrated across satellite equipment for all SCPC (Video & Data) transmission types, in time for a number of high profile sporting events in 2014.”

The CID carrier has no real impact on the host carrier and typically adds less than 0.1dB of noise energy to the host carrier.  In dual illumination situations, multiple over-lapping CIDs can be decoded at the same time, allowing efficient resolution.

“This new specification will help the industry to drastically reduce the time to resolve day-to-day satellite interference,” commented Roger Franklin, CEO, Crystal Solutions and Chairman of the CID Working Group, IRG. “We are pleased to have worked with the industry to formalise this important specification.”

IRG is working with manufacturers to roll-out the new Carrier ID equipment in time for 2014 Football World Cup, Winter Olympics, and Commonwealth Games. Carrier ID will be a topic at the Satellite Interference Prevention Summits being held at CABSAT and Satellite 2013. For more information or to register please visit.