[Satnews] NASA has selected 27 organizations from across the United States to begin negotiations for cooperative agreement awards totaling $42 million to implement a new strategic approach to more effectively engage learners of all ages on NASA science education programs and activities.

Selections were made by the agency’s Science Mission Directorate (SMD) in Washington through the Science Education Cooperative Agreement Notice announced in February. Agreement awards can run up to five years, with an additional five-year option. Selectee activities will support Earth science, astrophysics, planetary science and heliophysics. 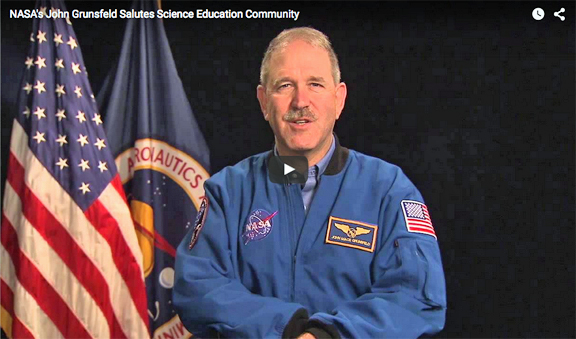 Negotiations for specific monetary awards now will begin and final awards are expected to be made by the end of this year.

The agency’s Office of Education in Washington supports the work of SMD by coordinating projects for students, faculty and institutions that broaden the base of those who compete for NASA research awards. All agreements will be evaluated through NASA’s Office of Education.

NASA’s education programs help inspire and support students from elementary school to college level, and beyond. The agency has provided lifelong learners around the globe the information to become science and tech-literate, a key asset being the inspiration NASA missions provide.

The organizations selected to enter into negotiations leading to cooperative agreements are:

Of the 27, three organizations are selected to support the science education associated with the upcoming 2017 total solar eclipse over North America:

“NASA seeks to innovate, explore, discover, and inspire and these selections build upon a legacy of excellence from our science education community,” said John Grunsfeld, astronaut and associate administrator of SMD. “STEM education is the enabler of future space exploration and these awards, together with efforts in NASA’s Office of Education and other partners, will advance STEM efforts in this country, improve U.S. scientific literacy, and help to inspire our nation. It’s an incredible time for science, and NASA is leading the way. People crave inspiration and heroes more than ever, and science reminds us of what we’re capable of achieving.”

“The Office of Education will assist in working with the selectees for new approaches given their capabilities and priorities,” said Donald James, associate administrator for NASA’s Office of Education. “Their efforts will help create and sustain the scientific and engineering workforce of the future.”

To view a list of the 27 selected organizations, along with an introductory video from Grunsfeld, visit: