SpaceX is seeking permission from the International Telecommunication Union to access spectrum for 30,000 satellites for its Starlink network, SpaceNews reported today. That number is in addition to the 12,000 satellites already approved by the ITU and FCC. There are 20 filings in total, each for 1,500 satellites structured in various orbits between 204 and 360 miles in altitude.

The growth of Starlink 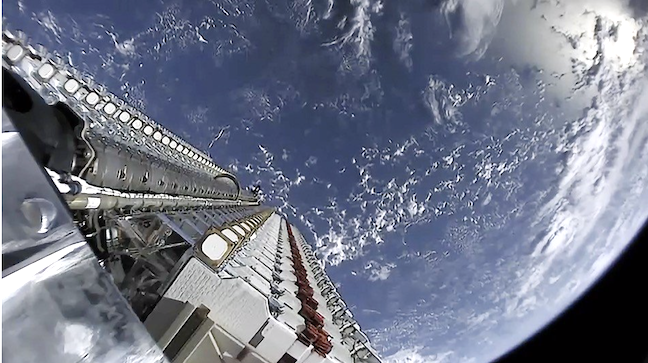 SpaceX sent 60 Starlink satellites into orbit back in May and is set to launch another 60 later this month. The company envisions its Starlink internet network ultimately comprising 12,000 satellites and delivering global internet access.

SpaceX’s strategy has been lauded for its ambition, but it has also caused concerns. The company lost three satellites of the original batch that were launched—a 5 percent failure rate that could extend to the rest of its constellation. A recent near-miss between a Starlink satellite and an ESA weather satellite raised the specter of a collision that could make Earth’s orbit far more hazardous to spacecraft—or even unusable.

Why did SpaceX file for more satellites?

Before this announcement, SpaceX was already facing scrutiny over whether it really needed a mega-constellation made up of thousands of satellites to make Starlink work. The need for more satellites “really, really depends on what you’re trying to do and what your satellites need, what capacity you’ve got, and what your use case is,” says Ted Muelhaupt of the nonprofit Aerospace Corporation. Each Starlink satellite is optimized to service a set number of users, and so far it’s unclear what that number is. (Update: In response to a request for comment, SpaceX tells MIT Technology Review: “As demand escalates for fast, reliable internet around the world, especially for those where connectivity is nonexistent, too expensive or unreliable, SpaceX is taking steps to responsibly scale Starlink’s total network capacity and data density to meet the growth in users’ anticipated needs.”)

“In general there is an advantage to having more satellites if you're trying to provide high-bandwidth services with lots of coverage,” says Brian Weeden, the director of program planning at the Secure World Foundation. Just as more mobile-phone towers can provide more coverage to customers, more satellites could connect more users to the internet.

After a company makes a filing requesting spectrum, it has seven years to launch a satellite with the requested frequencies and must operate it for at least 90 days. Failure to accomplish these steps opens the spectrum rights up again.

Securing that much spectrum could involve a protracted legal battle, depending on whether frequencies have already been allocated for any space or terrestrial services. SpaceX may also be trying to get ahead of the competition and drown the ITU in more paperwork—especially since the ITU is expected to add more stringent spectrum reservation rules during a conference in a few weeks. Weeden also says the company may not be interested in actually launching 30,000 satellites: “I think this may be a case of SpaceX planning ahead and starting the request now for what is likely to be a very long and drawn-out process, and not necessarily indicative of what they actually plan to do.”

Roger Thompson, also with the Aerospace Corporation, notes that the altitudes cited in the new filings, in low Earth orbit, are where “space is cleanest“ and ”where we tend to fly crewed spacecraft,” including the International Space Station. On the one hand, that’s ideal for launching satellites you’d want to de-orbit after a quarter-century or so, and where collisions wouldn’t generate a ton of long-term debris.

On the other hand, flooding this region with a lot of new space traffic “will have an impact on future human spaceflight,” says Thompson. Coming within about 125 miles of the ISS has always been considered completely unacceptable, and SpaceX will have to figure out how to manage its satellites so there is little to no risk of damage to the ISS or any other human operations.