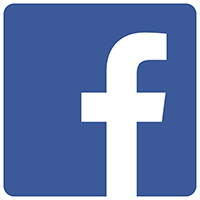 In a fresh report from Digital Trends' online publication, they have reported that Facebook is building a satellite, the information accrued from publicly disclosed FCC emails and in via a company confirmation to Wired. Facebook revealed the company is looking to launch an in-house-developed satellite called Athena to offer broadband service to “unserved and underserved” areas — so much for the company's previously ballyhooed Aquila global drone comms solution.

The LEO satellite will deploy on a mission with a limited duration and should launch in early 2019 — then, Facebook could launch Athena once again for a longer period of time if the satellite's initial trial proves to be successful.

IEEE Spectrum speculated as early as May of this year that Facebook was working on a satellite internet project, citing emails with the FCC — and Facebook is far from being alone with this endeavor. SpaceX and OneWeb aim to beam internet down via satellite to underserved communities; SpaceX launched the first two of a planned large fleet of Starlink satellites for this purpose in February and received FCC approval for the plan in March.

Facebook’s initial project is not quite as ambitious as either SpaceX or OneWeb's plans. This first satellite for the company seems to possess more of trial project as internet from LEO would require a constellation of several satellites for true global coverage.

“While we have nothing to share about specific projects at this time, we believe satellite technology will be an important enabler of the next generation of broadband infrastructure, making it possible to bring broadband connectivity to rural regions where internet connectivity is lacking or non-existent,” a Facebook spokesperson said about Athena.