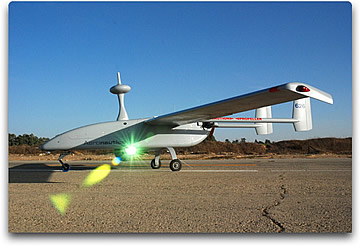 Aeronautics has signed an agreement valued at approximately NIS 200 million with the Dutch Ministry of Defense to provide a UAV Service to the Royal Netherlands Army in support of their operational deployment in Afghanistan, as part of the International Security Assistance Force (ISAF) in Uruzgan Province.

Aeronautics will be working closely with the Royal Netherlands Army to provide this important security enhancement function for the deployed forces. This approach will deliver capability to the field force in a highly integrated and flexible manner, enabling and assisting them in fulfilling their mandate as part of the ISAF, and is considered essential to the mission’s effectiveness. Aeronautics' Aerostar UAVs are already used by the Israeli Defense Force, the U.S. Navy and other forces in Europe and Asia, mainly for reconnaissance missions. The Aerostar can remain aloft for more than 12 hours and perform missions as far away as 300 kilometers from the UAV's control station.