[SatNews] EUMETSAT has extended the existing coverage of direct readout of data from the instruments on board its Metop polar-orbiting satellite via the Advanced High Resolution Picture Transmission (AHRPT) system, making the data available to more global users. 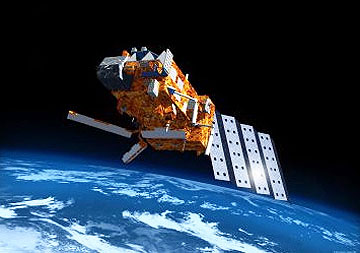 With this initiative, AHRPT coverage is now being extended beyond the limited area over the North Atlantic and Europe covered by the operational AHRPT service, since it was resumed at the start of 2009 following the onboard failure of the system on Metop-A. In July 2007, the satellite’s Solid State Power Amplifier (SSPA) stopped working, due to heavy ion radiation affecting a power transistor.

The extended AHRPT service now includes ascending orbits and covers much of Africa, Asia and the Pacific Ocean, in addition to the North Atlantic and Europe, thus reaching more users worldwide. The ascending orbits will be made while maintaining the same operational restrictions over the polar caps and South Atlantic Earth Magnetic Anomaly. More stringent risk reduction measures will be taken than for the descending passes as the Fast Dump Extract System covers the Northern Hemisphere with dumps on Svalbard during the satellite’s northbound passes. This results in very little delay between the time of the observation and the dump itself for the northern regions and offering a safe and competitive alternative to AHRPT. The SSPA components on the future Metop-B and -C satellites are being modified to cope with the radiation that adversely affected Metop-A. The AHRPT sub-system on these satellites is being fully re-engineered to ensure the continued availability of AHRPT data once they are launched in 2012 and 2016, respectively.