On the NAB Show Floor — Hiltron's Super-HMAM in the Spotlight

Representatives from Hiltron Communications are traveling to Las Vegas this month for the 2017 NAB Convention, which happens to be the longest established conference and exhibition in the broadcast industry—the event attracts exhibitors and visitors from throughout the world. 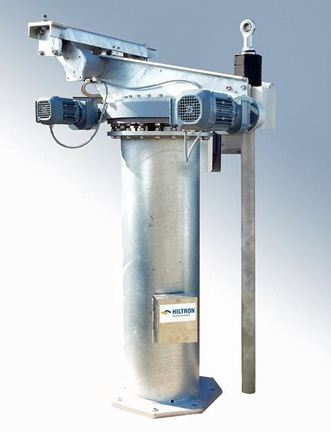 Hiltron sales director Antonio Monteverde commented that major trade shows, such as NAB, are ideal for direct meetings with key suppliers and customers even in today's electronically connected marketplace. Hiltron Communications is currently completing a major SATCOM project in South America and are keen to expand business links across all of the American markets. The company works with many US-based companies on projects for customers around the globe as a SATCOM systems integrator.

Also, the firm will be promoting the new, Super-HMAM motorized satellite mount. which is is based on the company's highly successful HMAM three-axis motorized antenna mount, which has now been scaled up to accept reflector dishes as large as 4.9 meters in diameter. Monteverde added that Super-HMAM has a newly developed support structure which can survive wind speeds well in excess of 200 kilometers per hour during storm conditions and the unit retains all the features that have made HMAM the preferred choice for two-way VSAT communication or receive-only downlink applications in the broadcast, telecommunication and military sectors.