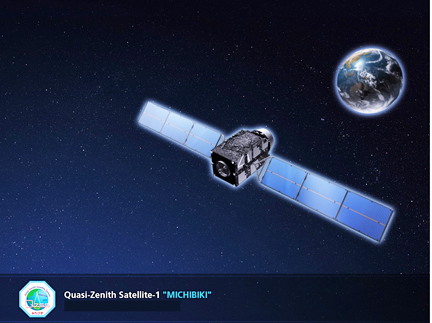 [SatNews] The Japan Aerospace Exploration Agency (JAXA) has controlled the orbit of the First Quasi-Zenith Satellite "MICHIBIKI" to insert it into the quasi-zenith orbit from the drift orbit starting on September 21st (Japan Standard Time, JST).

The final orbit control operation was performed for about 50 seconds from 6:28 a.m. on September 27 (JST.) After the operation, JAXA confirmed the satellite was successfully injected into its preordained quasi-zenith orbit with its center longitude of about 135 degrees through the orbit calculation, whose results are shown in the following table.

JAXA will carry out the initial functional verification of the onboard mission devices in cooperation with organizations1 that perform technological verifications for about three months.