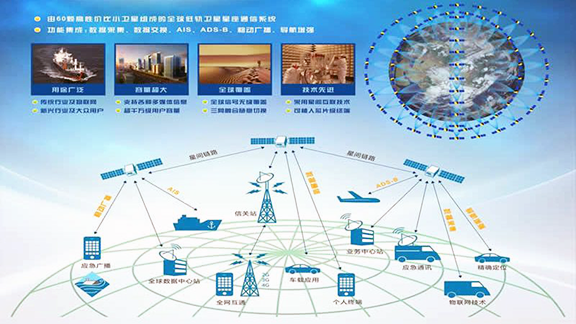 Andrew Jones, Senior Editor at gbTimes, is reporting that China will launch the first of approximately 320 satellites for a planned LEO communications constellation before the end of the year, according to information derived from the country's main space contractor.

The experimental first satellite has been developed under the China Aerospace Science and Technology Corporation (CASC), which revealed last week at the 2018 Zhuhai Airshow that the launch would take place soon. The satellite will be sent into a 1,100 km. altitude orbit by a Long March 2D launch vehicle to test L- and Ka-band communication capabilities and compatibility in LEO.

A Long March 2D appears set to launch the SaudiSat 5A and 5B Earth Observation satellites with passengers including Jiading-1 from Jiuquan on November 20, but Hongyan-1 will likely be aboard a later launch. It will be one of nine satellites orbited by 2020 as a pilot demonstration for the Hongyan system, which translates as 'wild goose.' The name likely comes from the fact that geese were used to deliver messages in ancient China.

The first 60 satellites making up the first phase of deployment of the Hongyan constellation are expected to be in orbit and operational by around 2023, with the 300+ satellite system, which will provide global coverage, to be completed by 2025.