SES WORLD SKIES... The Travels Of SES-1 End At Baikonur 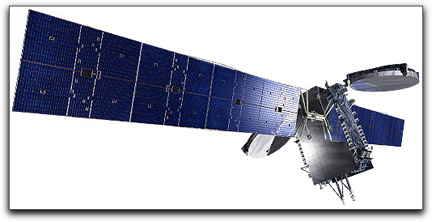 SES-1 satellite, artistic rendition courtesy of Orbital Sciences
SES WORLD SKIES, an SES company (LuxX:SESG) announced the SES-1 satellite has safely arrived at the Baikonour Cosmodrome in Kazakhstan onboard an Antonov cargo plane. The SES-1 spacecraft, manufactured by Orbital Sciences Corporation, will now be readied for launch onboard an ILS Proton Breeze M booster, scheduled for lift off on April 24, 2010.

The state-of-the-art SES-1 satellite will replace SES' existing AMC-2 and AMC-4 satellites at the orbital position of 101 degrees West and is an integral part of SES' satellite replacement program over North America. The spacecraft carries 24 C-band transponders as well as 24 Ku-band transponders of 36 MHz capacity each and has been designed to have a minimum expected service time of 15 years. Six of the channels in each band can be cross-strapped to the opposite band, enabling new service capability. SES-1 is based on Orbital's space-proven Star 2.4 platform, the largest and most powerful geostationary communications satellites Orbital builds, and will generate approximately five kilowatts of payload power. With SES-2 and SES-3, SES has two additional satellites under procurement with Orbital for deployment into the North American arc. SES-1, SES-2 and SES-3 will deliver full 50 state coverage from their strategically important locations over the U.S. in both C- and Ku-Band.