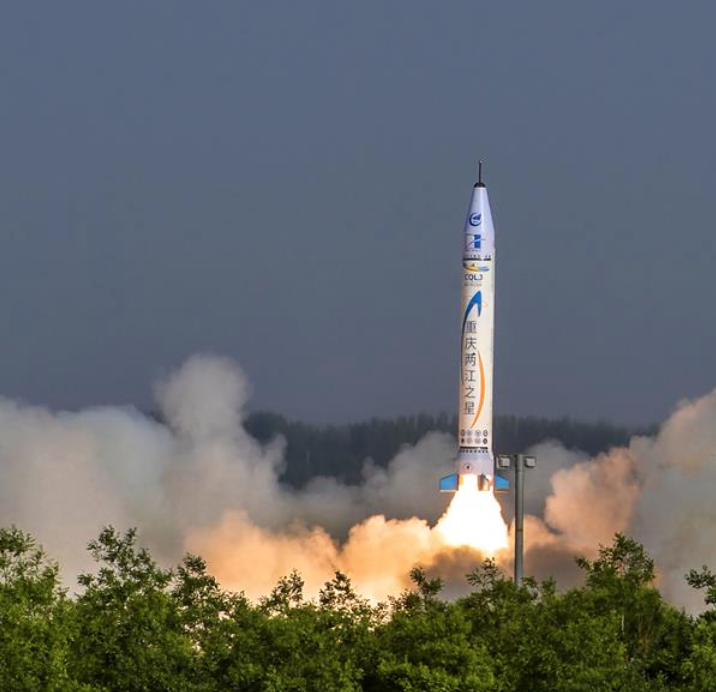 Chinese company OneSpace has successfully launched its first single-stage OS-X solid rocket to an altitude of around 40 km, marking a significant moment for the nascent commercial launch sector in China.

Liftoff of the rocket, named 'Chongqing Liangjiang Star', took place at 07:33 Beijing time at an undisclosed site in northwest China.

According to reports, the rocket flew for 265 seconds, reaching an altitude of around 40 kilometres and surpassing Mach 5, travelling some 273 km, with the rocket then falling to Earth within a designated zone.

OneSpace Technology was established in 2015 and has quickly developed its own launch capabilities, which its suborbital flights part of a research contract with an aerospace company for aerodynamic and other high-altitude tests.

The company is aiming to provide launches for prices lower than US$10,000 per kilogram, claiming to save mass and fuel requirements with lighter electronics and other innovations.

The OS-X has a mass of 7,200 kg and uses a solid engine with a thrust of 350 kilonewtons (kN). The company hopes to test launch an orbital rocket, the OS-M1, around the end of the year. 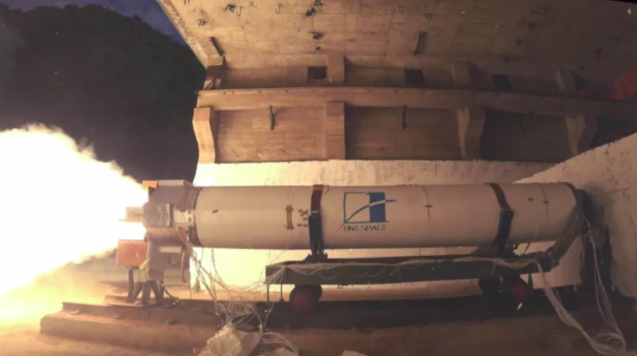 A 35 second test of solid-propellant engines for the OneSpace OS-X suborbital rocket in December 2017. OneSpace

The event has drawn comparisons in both Chinese and Western media between OneSpace and the early days of SpaceX, a U.S. startup founded in 2002 that has revolutionised the launch industry with low costs, iterative design processes, pioneering vertical takeoff, vertical landing (VTVL) capabilities and subsequent first-stage reusability with its Falcon 9 orbital launch vehicle.

OneSpace is, however, looking to a different market, with low-cost launches of much smaller payloads than those carried by the Falcon 9. And while the company is planning orbital launches with an OS-M series rocket, and eventual reusability of its rockets, it faces a series of competitors domestically.

China opened its space sector to private capital around 2015 and encouraged technology sharing through a civil-military integration reform policy, and the impacts are now becoming apparent.

OneSpace itself has received support from the State Administration for Science, Technology and Industry for National Defence (SASTIND), and has raised 500 million yuan (US$77.6m) through finance rounds, according to Tencent Technology.

Last month another space launch provider named i-Space launched its own solid rocket to an altitude of 108 km, above the Kármán line, one definition of the boundary between Earth's atmosphere and outer space.

Other emerging players in the Chinese commercial launch sector include Landspace, using technology from the Long March 11 for solid rockets while also working on a metholox engine. Linkspace, based in Beijing, has recently succeeded with a vertical takeoff, vertical landing (VTVL) test, and Expace - linked to state missile-maker CASIC - is aiming to perform four commercial launches inside a week later this year.

Finding a path to producing or becoming a disruptive launch service provider with capabilities and visions approaching that of SpaceX however appears to be a monumental task.