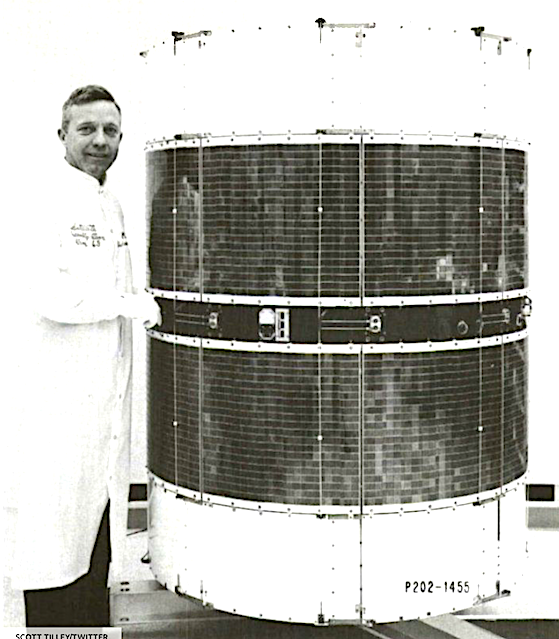 Scott Tilley, an amateur radio operator living in British Columbia, makes a hobby of re-establishing contact with long-lost satellites. Tilley has helped NASA locate the IMAGE satellite, lost for 13 years in Earth’s orbit, as well as one of the U.S. Navy’s Transit series of navigational satellites. Recently Tilley took interest in LES-5, an experimental satellite developed by MIT’s Lincoln Lab and launched into orbit in 1967.

LES-5 was part of a series of experiments to determine the viability of a satellite-based military communications program. In August 1958, the HARDTACK I series of high altitude atmospheric nuclear tests disrupted high frequency radio communications across the Pacific Ocean. Military planners, worried about the loss of communications in the event of a nuclear war, wanted to use satellite relays to keep military units connected. The Lincoln Experimental Satellite, or LES series of satellites were designed to test the viability of using the ultra high frequency (UHF) band to give the armed forces a secure comms system.

There were nine LES satellites in all. LES-5 was launched in 1967 and placed in geosynchronous orbit 22,000 miles above the Earth. It remained active until May 1971, when it was deactivated.

Tilley, inspired by another satellite hunter who discovered LES-1 in 2016, decided to go looking for LES-5. A shelter in place order for the coronavirus gave him a lot of time at home, according to NPR, and he went to work “looking for a needle in a haystack,” as he writes on his blog. On March 24, he located the signal for the LES-5 satellite at 237MHz, then made the announcement on Twitter: 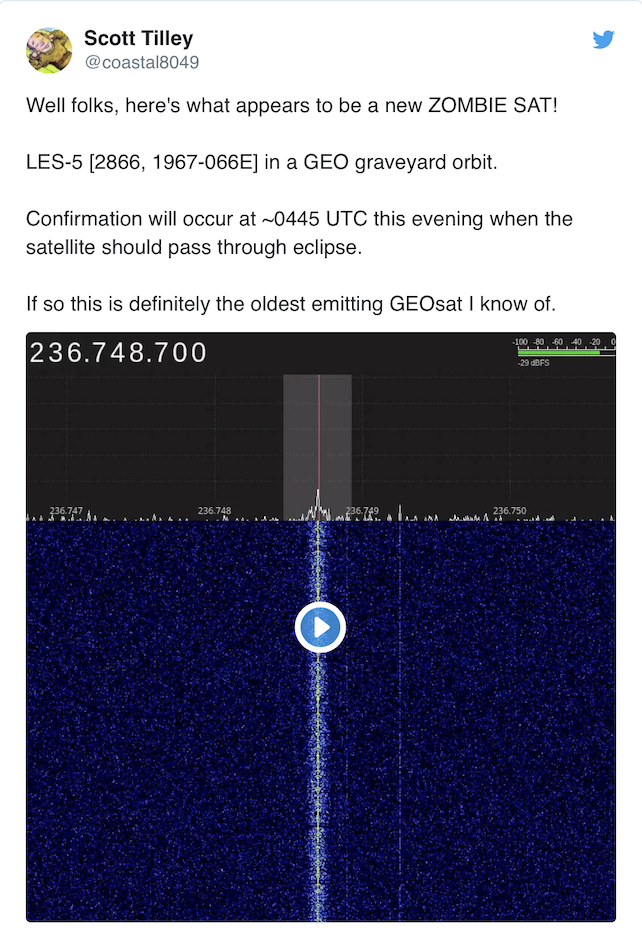 Not only does the satellite still have power, thanks to its onboard solar panels, it is also still transmitting. Tilley says it is still sending out 100 bits per second of data, data analysts believe likely describes the satellite’s health. LES-5 might even be the oldest functioning geostationary satellite in space.

Military communications satellites paved the way for the civilian satellite communications we use every day. If a museum of famous and influential satellites were ever created, the LES family of sats would almost certainly deserve prominent placement.

You can track LES-5's location here.