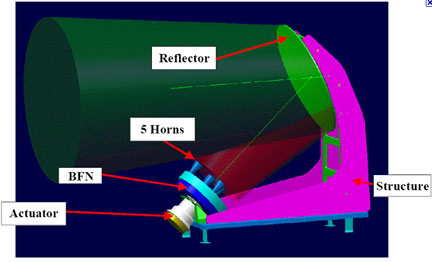 This wave-scatterometer spectrometer was selected within the scope of a joint French-Chinese program to develop an Earth observation satellite, the China France Oceanography Satellite (CFOSAT), built jointly by CNES and the China National Space Administration (CNSA). The CFOSAT satellite will detect and characterize surface winds and ocean wave spectrum properties. Mission objectives are to understand, monitor and characterize sea surface states (winds and waves) over the entire planet, then incorporate this information in meteorology and climatology models. The SWIM instrument will be paired with the SCAT instrument made by China to form the payload for the CFOSAT satellite, which will be based on a CAST platform. SWIM is a multibeam Ku-band radar, drawing on previous developments by Thales Alenia Space for its globally recognized spaceborne altimeters, in particular the Siral instrument on the Cryosat satellite, AltiKa on Saral and Poseidon on Jason.
Topical Tags :
New Products
Agencies
Regulatory/Government
Satellite Operator
Service Provider
Regional Tags :
Asia/Asia Pacific
Europe