[SatNews] Work for now and in the future, a positive situation... 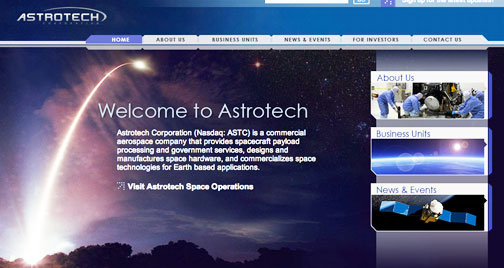 Under the contract, Astrotech Space Operations will compete for future missions NASA is planning for launch from VAFB. The contract ordering period runs through December, 2017.

In support of 2013 launches, ASO Florida will be processing NASA satellites TDRS-K and TDRS-L as part of an ongoing Eastern Range IDIQ contract, added White.

From Titusville, Florida, and Vandenberg AFB, California, Astrotech Space Operations provides all support necessary for government and commercial customers to successfully process their satellite hardware for launch, including advance planning; use of unique facilities; and spacecraft checkout, encapsulation, fueling, and transport. In its 31-year history, Astrotech has supported the successful processing of more than 300 spacecraft.