According to China daily. Fifteen years after the satellite system was launched, it is now generating $31.5 billion for major companies such as  China Aerospace Science and Industry Corp, AutoNavi Holdings Ltd, and China North Industries Group Corp. 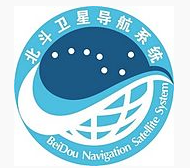 After having achieved the first two steps—building a regional functional navigation system by 2012, the accuracy and stability of the Beidou system must be improved, said Ran, adding international cooperation will also help the nascent navigation system.

He added that Beidou also successfully synchronized its frequency with the Galileo navigation system operated by the European Union.

Ran said China will detail the development ideas and proposals of the Beidou system in a white paper, which is expected to be released soon.

"To let the whole world know about Beidou, understand Beidou and use Beidou, we still have much technical and coordination work to do," he said.

The official English name of the system is BeiDou Navigation Satellite System, named after the Big Dipper constellation, which is known in Chinese as Beidou. The name literally means "Northern Dipper", the name given by ancient Chinese astronomers to the seven brightest stars of the Ursa Major constellation. Historically, this set of stars was used in navigation to locate the North Star Polaris. As such, the name BeiDou also serves as a metaphor for the purpose of the satellite navigation system.