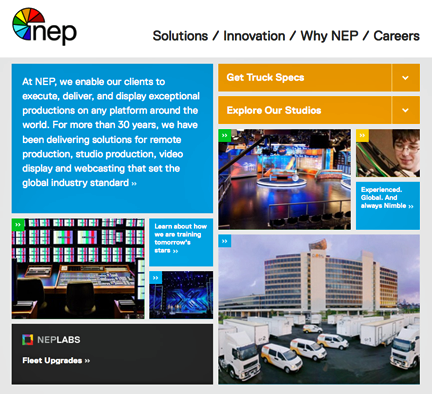 [SatNews] NEP has closed on its acquisition of Australia's Global Television from Catalyst Investment Managers—the completion of this transaction officially brings Global Television into NEP's worldwide operations, uniting two of the world's most experienced and successful television technical services companies.

NEP is one of the largest broadcast and live event service companies in the world, with operations across the United States, United Kingdom, and Brazil and supporting thousands of events annually around the world. Global Television, Australia's largest provider of independent TV studios and OB services, is internationally recognized for its technical expertise in host broadcasting, and its partnerships with broadcasters and production companies have resulted in several major contracts including the 2014 Glasgow Commonwealth Games and the 2014 G20 Summit in Brisbane.

Global Television will remain an independent entity based in Australia, operating under NEP management, led by Global CEO Keith Andrews and his executive team.