Aerojet Rocketdyne's masterful contribution to NASA's most recent launch that has been 60 years in the making, the Parker Solar Probe, was the power behind engines of the United Launch Alliance Delta IV Heavy rocket and the RL10B-2 second stage engine and 12 MR-106 reaction control thrusters on the Delta Cryogenic Second Stage, as well as the full propulsion system on the Parker Solar Probe.

With a big assist from Aerojet Rocketdyne, NASA’s Parker Solar Probe is now on its way to humankind’s closest encounter ever with a star — in this case our solar system’s sun. 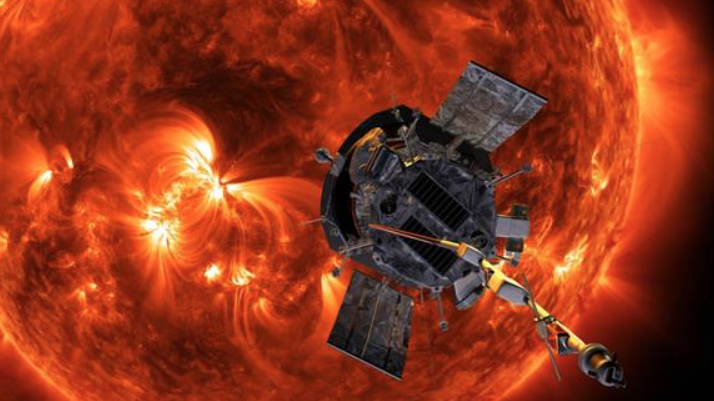 In addition to the RS-68A main engines for the United Launch Alliance Delta IV Heavy rocket that launched the Parker Probe into space, Aerojet Rocketdyne also supplied the RL10B-2 second stage engine and 12 MR-106 reaction control thrusters on the Delta Cryogenic Second Stage, as well as the full propulsion system on the Parker Solar Probe. The nearly 7-year journey will bring the probe to within 6.2 million kilometers of the Sun’s surface. That’s well within the orbit of the Sun’s nearest planet, Mercury, and eight times closer than the previous record holder, the U.S.-German Helios B probe, which made its closest approach in 1976.

“Surviving a years-long journey to the corona of the Sun while operating in autonomous mode requires an incredibly high level of reliability,” said Aerojet Rocketdyne CEO and President Eileen Drake. “Aerojet Rocketdyne propulsion plays a critical role in all aspects of the Parker Solar Probe mission, from launch on the Delta IV, to the probe’s safe cruise through space and approach of the Sun’s atmosphere.”

The Parker Solar Probe ultimately will dip into the Sun’s corona, carrying instruments to observe and measure the movement and interaction of phenomena including electric and magnetic fields, energetic particles and solar wind. The mission’s scientific objectives, inspired by the groundbreaking theories of physicist Eugene Newman Parker, will contribute to forecasts of solar events that can affect technology here on Earth.

“Our thrusters on NASA’s Parker Solar Probe are the same model as those that helped steer the New Horizons spacecraft toward its historic Pluto flyby and continue to operate in the farthest and coldest reaches of the solar system,” said Drake. “From one environmental extreme to the other, NASA trusts our systems to deliver.”

Weighing 685 kilograms fully fueled, the Parker Probe is relatively small in comparison to other NASA science missions such as the Mars Science Laboratory which weighed about 3,900 kilograms at launch. Despite its relatively low mass, Parker Probe’s unique trajectory plan required the large lifting capability of United Launch Alliance’s Delta IV Heavy. The rocket’s first stage consists of three main booster cores in a side-by-side configuration, each powered by a single Aerojet Rocketdyne RS-68A engine generating about 700,000 pounds of thrust, for a combined total of more than 2.1 million pounds of thrust.

Aerojet Rocketdyne also supplied the RL10 engine that powered the rocket’s second stage. The restartable RL10 (variants of which have been operating for more than five decades) is the world’s most reliable and prolific upper stage engine with more than 480 flights under its belt.

The RL10 second stage engine helped send the Parker Solar Probe, developed by the Johns Hopkins University Applied Physics Laboratory, into a heliocentric orbit that ultimately will take it around the Sun 24 times. The spacecraft will make seven close flybys of Venus along the way, drawing closer each orbit, thanks to the power of that planet’s gravity.

Throughout the journey, an in-space propulsion system supplied by Aerojet Rocketdyne will provide attitude and momentum control, and course corrections. Built and tested at Aerojet Rocketdyne’s facility in Redmond, Washington, the system consists of a propellant tank, feed system and 12 MR-111C hydrazine thrusters, each generating one pound of thrust. These thrusters have been used on a number of NASA exploration probes, including New Horizons, now en route to a Kuiper Belt object following its encounter with Pluto.