Completing a fourth year in orbit is Turkey's Göktürk-2 satellite, what is described as a "high resolution national discovery satellite."

The Science, Industry and Technology Minister, Faruk Özlu, announced that Göktürk-2 had completed a total of 21,387 rounds orbital rounds and had displayed a total of 23.8 million kilometers of land imagery from all over the world. Özlü told the Anadolu Agency (AA) that the Göktürk-2 satellite, which was launched from China via LM-2D rocket and was placed into orbit on December 18, 2012, has operated successfully over the past four years. 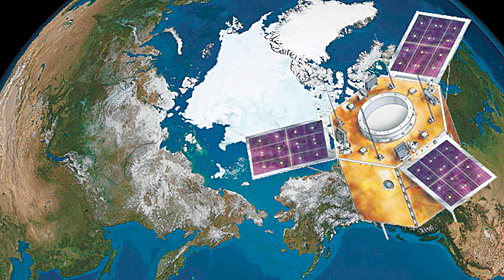 The 2.5-meter resolution Göktürk-2 satellite was manufactured within the scope of the contract signed between the National Defense Ministry, TUBITAK Presidency and TÜBÄ°TAK UZAY-Turkish Aerospace Industries Inc. (TUSAÅž) Business Partnership. The main objective of the Göktürk-2 project is to obtain target intelligence and digital and geographic data production-oriented satellite images required by the Turkish Armed Forces and Air Force Command, in particular. In addition, the project is also aimed to meet satellite image demands of other public institutions, universities and research institutions.

The satellite has responded to important needs in the fields of defense, environment, urban environments, agriculture and forestry over the past four years. Göktürk-2 has the ability to receive and transmit images from anywhere in the world within the communication context. Göktürk-2, placed on a sun-conforming orbit approximately 685 kilometers above the Earth's surface, completes a tour around the world approximately every 98 minutes.

The satellite's aim is to meet the demand of the Turkish Armed Forces for target intelligence up to a 0.5-meter resolution anywhere around the world without any geographical restrictions. With the satellite's ability to capture high-resolution images, fast data-downloading capability, maneuvering caliber and developed location systems, Göktürk-1 is able to acquire 358 frames per day with high resolution and completes an orbit around the world every 90 minutes.