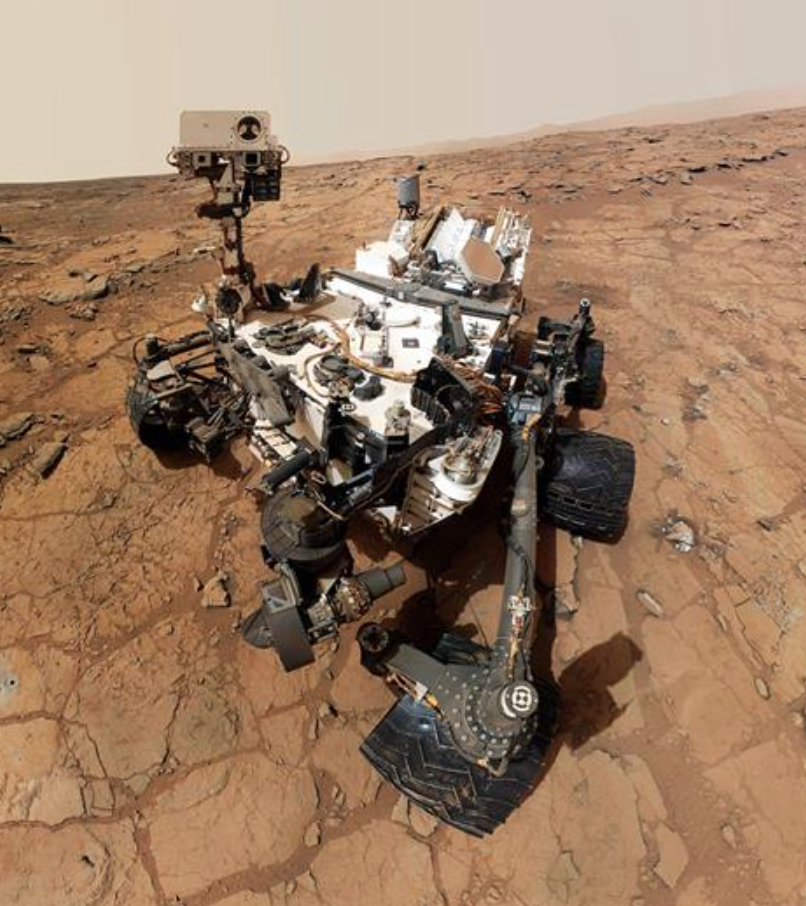 Aerojet Rocketdyne’s MMRTG will power NASA’s Mars 2020 rover, similar to the pictured Mars Curiosity rover which has been on the red planet since 2012. Credit: NASA

NASA's Mars 2020 rover is one major step closer to completion after Aerojet Rocketdyne, in collaboration with Teledyne, recently delivered the electrical power generator for NASA’s Mars 2020 rover to the U.S. Department of Energy’s (DOE) Idaho National Laboratory (INL), where it will be fueled, tested and readied for flight.

The Multi-Mission Radioisotope Thermoelectric Generator (MMRTG) will supply electrical power to the rover as it traverses the red planet, collecting samples for a potential return to Earth by a future mission. A similar device supplied by Aerojet Rocketdyne continues to power the Mars Curiosity rover, which has been exploring the Martian surface since 2012. Like the Curiosity rover, the one-ton Mars 2020 rover will be lowered to the Martian surface on a cable via a novel device called the Sky Crane. Aerojet Rocketdyne MR-60 rocket engines will allow the Sky Crane to hover about 20 feet above the surface while lowering the rover and then fly safely away once the task is completed.

In addition to providing the primary power source for the rover, Aerojet Rocketdyne is also playing a critical role in spacecraft propulsion for the journey to Mars.

The MMRTG converts heat generated by the natural decay of plutonium-238 into electricity. Radioisotope power sources, which also provide heat to a spacecraft’s components, are typically used on long-duration deep space missions, where the great distance from the sun dramatically reduces the effectiveness of solar arrays.

Eileen Drake, Aerojet Rocketdyne CEO and president emphatically stated that they’re best known for propulsion, but their role in supporting space programs certainly does not end there. THey’ve built lithium-ion batteries for the International Space Station, provide nuclear generators for deep space missions like the Mars rovers, and are building the electrical power system for Sierra Nevada’s Dream Chaser.

After being fueled and tested at INL, the Mars 2020 MMRTG will be delivered to NASA’s Kennedy Space Center in Florida for integration with the rover. This will take place in the final weeks before launch, scheduled for the summer of 2020.

The MMRTG is just one of Aerojet Rocketdyne’s contributions to Mars 2020, key elements of which are now coming together at NASA’s Jet Propulsion Laboratory in Pasadena, California. A number of Aerojet Rocketdyne thrusters will help keep the spacecraft on course for Mars following launch, and maintain stability and control as it enters the Martian atmosphere.