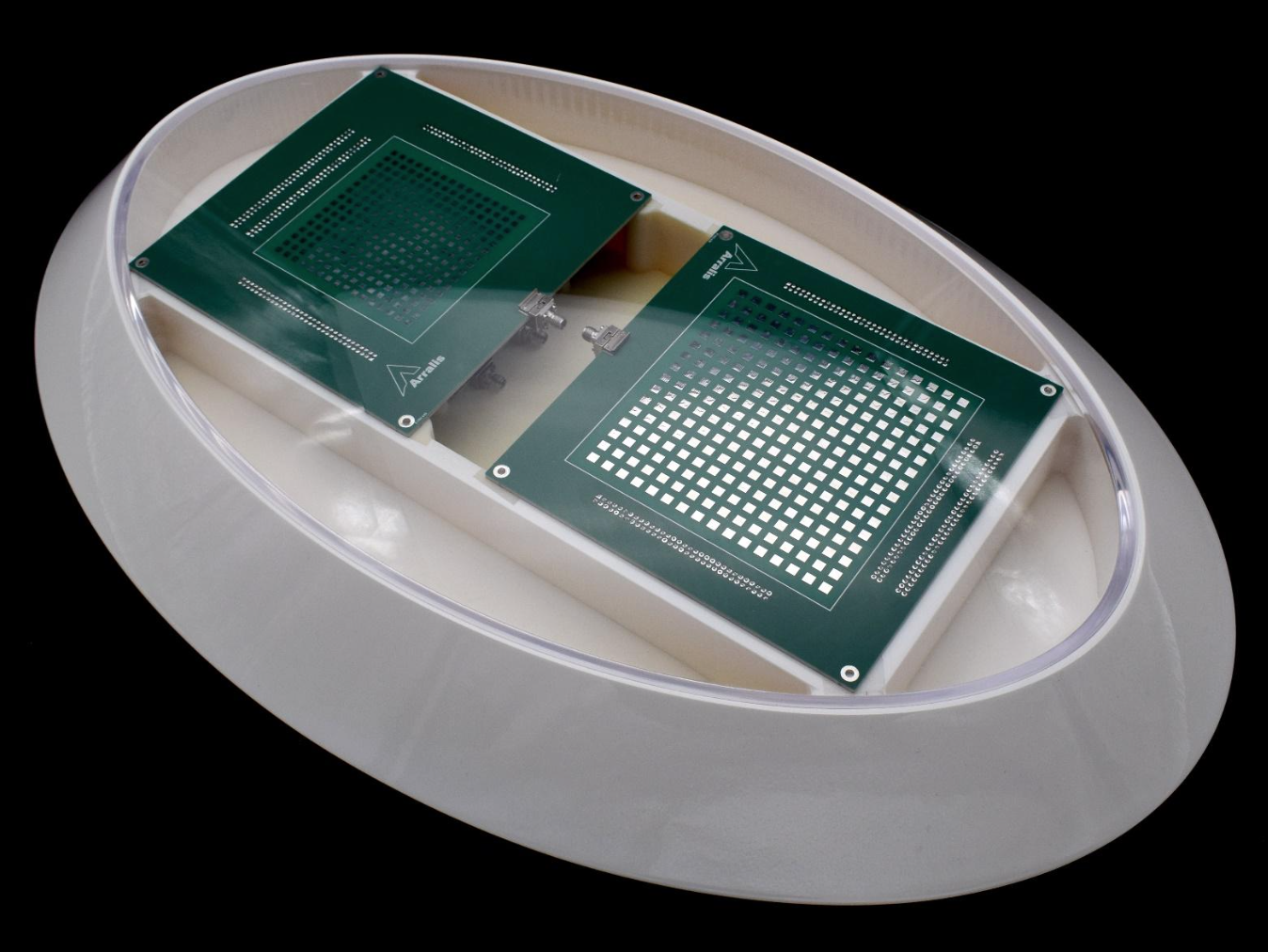 Arralis will be showcasing this new chipset at the Space Tech Expo, Pasadena, California, May 22-24, 2018

Arralis provider of products and technology for global radar and wireless communications shared that the this phase shifter is ideal to track fast moving Low Earth Orbit (LEO) satellites because it is analog and has continuous phase variation, an advantage over conventional digital phase shifters. The extended frequency range of the upper band chip is also suitable for the proposed 5G band and will be ideal for beam steering base stations. In addition, the added benefit of simplified assembly is possible as these chips are available with an integrated power amplifier.

According to Mike Gleaves, the Arralis Group CTO said that at Space Tech they’ll be showing people their antenna solution, and highlighting how their new MMIC phase-shifters allow the development of high frequency electronically steerable flat antennas. They have in essence developed the technology that allows users to continuously track and communicate with Low-Earth-Orbit (LEO) satellites in a form that can be easily placed within, or on the roof of a vehicle, aircraft, satellite or just about anywhere.

This release completes the most extensive range of Ka-band chips, aimed at the 17-21GHz and 27-31GHz mega-constellation frequency bands on the market. The full range, fabricated on a space qualified process, includes an integrated LO amplifier, IQ mixers and PAs and LNAs. Arralis products will significantly reduce Ka-band transceiver size and are an important enabler in reducing satellite size, power and weight. Ka-band antennas are 400 percent smaller than their Ku-band rivals which opens up the consumer and connected vehicle markets to high data rate and low latency satellite communications. The chipset is designed as a one-stop communication solution; from satellite hardware to airborne through to ground.

Companies such as Facebook, Inmarsat and SpaceX have recently announced their plans to use Ka-band to provide broadband services around the globe with the initial SpaceX deployment consisting of an unprecedented 4,425 satellites with Ka-band payloads.