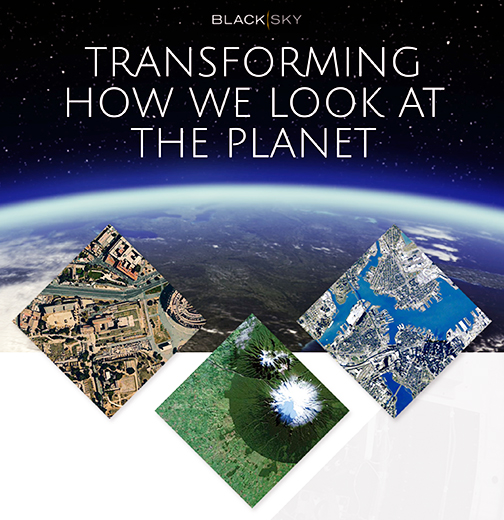 At the 35th Space Symposium in Colorado Springs, Colorado, BlackSky announced that the company has successfully achieved several significant on-orbit milestones of their first two Earth-imaging spacecraft, Global-1 and -2.

Demonstrating the full operational performance of the spacecraft, the company showcased several images of economic points of interest taken by the first two smallsats in its high-revisit, Earth-imaging constellation. 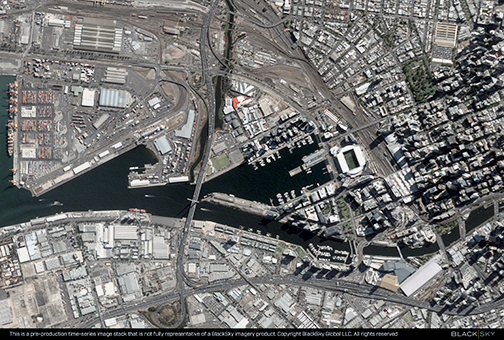 This is pass one of a pre-production time-series image stack that is not fully representative of a BlackSky imagery product. Image is copyright BlackSky Global LLC. All rights reserved.

The satellites, which were developed, designed, and manufactured by BlackSky, provide 1 meter resolution color imagery with frequent revisit rates of 95 percent of the Earth’s population. The constellation’s goal is to provide a fast revisit rate critical for monitoring global events or locations, as well as low latency.

The smallsats are used in conjunction with the BlackSky platform and ground architecture; together they serve as the nucleus of the company’s commercial offering which will help organizations detect changes and threats around the world. 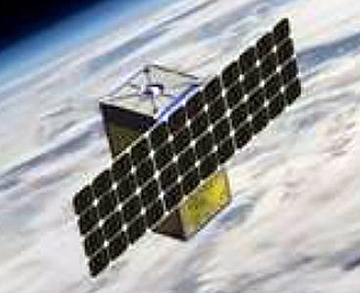 Artistic rendition of the Global-1 smallsat. Image is courtesy of BlackSky.

Global-1 was launched November 28, 2018, from the Indian Space Research Organization’s (ISRO) Satish Dhawan Space Center aboard a PSLV launch vehicle. Global-2 was launched the following week on December 3, 2018, on Spaceflight’s SSO-A mission aboard a SpaceX Falcon 9 from Vandenberg Air Force Base in California. The company is on track to launch Global-3 and Global-4 in the coming months and plans to launch up to six more satellites later this year.

Nick Merski, VP of space operations at BlackSky, said the company has completed the mission performance validation scenarios, successfully calibrated the systems and conducted extensive testing of the smallsats and end-to-end mission operations,. The images from Global-1 and Global-2, the firm's first-generation spacecraft, validate the company's ability to task, capture, and process high-quality images. With eight satellites on-orbit by the end of this year, BlackSky expects to deliver more than five revisits a day over many sites of interest; by 2020, with more than 16 smallsats on orbit, that will double and provide hourly monitoring. That’s a profound transformation for the market.

Brian O’Toole, CEO of BlackSky, added that in addition to these on-orbit milestones, the company has fully integrated the constellation with the firm's global intelligence platform, which now puts us on track to deliver unique imaging and analytic solutions to customers. BlackSky is delivering on the promise of how the economics of high-performance smallsat constellations will enable a new era of global intelligence. With these milestones complete, the company is looking forward to commercial availability later this spring.