SpaceX...The Placement Of This Panel Is Critical To Space Safety 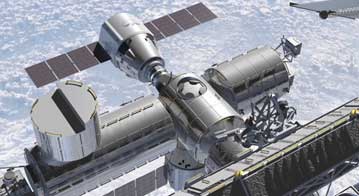 [SatNews] What do three astronauts, a space researcher and flight surgeon have in common?

Today Space Exploration Technologies (SpaceX), one of the leading American private companies working to carry astronauts to the Space Station, announced it has assembled a team of outside experts to help the company create the world’s safest human spaceflight system.

“When it comes to manned spaceflight, safety is our top priority,” said SpaceX CEO and Chief Designer, Elon Musk. “These experts will provide us with important insights as we prepare to carry astronauts on the next generation of American spacecraft.”

The independent Safety Advisory Panel is composed of leading human spaceflight safety experts, including several former NASA astronauts and senior NASA officials. The panel will provide objective assessments of the safety of the Dragon spacecraft and Falcon 9 rocket to help SpaceX maintain the highest level of safety.

Among the experts joining the SpaceX Safety Advisory Panel are:

The panel will convene in the fall of 2012 and will continue its work well after SpaceX begins flying people to space. 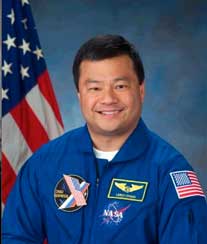 Leroy Chiao, PhD
Dr. Chiao served as a NASA astronaut from July 1991 until December of 2005. During that time he qualified for flight assignments as a Space Station commander, Space Station science officer and Space Shuttle mission specialist. Chiao also served as chief of the Astronaut Office EVA Branch. A veteran of four spaceflights, he flew as a mission specialist on STS-65, STS-72 and STS-92, flew to and from the ISS as Flight Engineer on a Russian Soyuz, and was the commander and NASA science officer on Expedition-10. Chiao logged a total of 229 days in space, including 36 hours and 7 minutes of EVA time in six space walks. He has received numerous awards including NASA’s highest award, the Distinguished Service Medal. Chiao served as a member of the Review of U.S. Human Spaceflight Plans Committee, chaired by Norm Augustine. 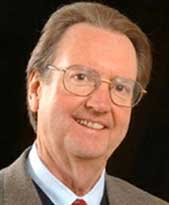 G. Scott Hubbard
Dr. Hubbard has been engaged in space-related research for over 35 years including 20 years with NASA culminating as director of NASA's Ames Research Center. In 2003, he was the sole NASA representative on the Columbia Accident Investigation Board where he directed impact testing analysis that established the definitive physical cause of the loss of the Columbia. Hubbard was NASA's first Mars program director and successfully restructured the Mars program in the wake of mission failures. He is the founder of NASA's Astrobiology Institute, conceived the Mars Pathfinder mission and was manager for NASA's Lunar Prospector Mission.  Hubbard has received many honors including NASA's highest award, the Distinguished Service Medal. He is currently a professor of Aeronautics and Astronautics at Stanford University, where his research focuses on planetary exploration and the emerging entrepreneurial space industry. Hubbard serves as the Director of the Stanford Center of Excellence for Commercial Space Transportation. 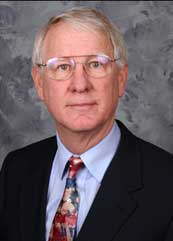 Richard T. Jennings, MD
Dr. Jennings served as flight surgeon at NASA-JSC from 1987-1995, as chief of the Flight Medicine Clinic, and as chief of Medical Operations-Space Shuttle. He was crew surgeon or deputy crew surgeon on 14 Shuttle missions and provided mission support to 45 Shuttle flights. In 1995, he joined the University of Texas Medical Branch in Galveston where he directs the UTMB/NASA-JSC aerospace medicine residency program and coordinates the Wyle Integrated Sciences and Engineering/UTMB physicians that support NASA spaceflight operations, advanced medical projects, and research at the Gagarin Cosmonaut Training Center, NASA-JSC, and the Flight Analog Research Unit at UTMB. He is the lead flight surgeon for Space Adventures and consults in commercial suborbital spaceflight with Virgin Galactic. Jennings is a principal investigator for UTMB in the FAA Center of Excellence in Commercial Space Transportation. 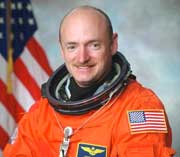 Mark E. Kelly, Captain, USN
Captain Kelly served as a NASA astronaut from August of 1996 until October of 2011. His first trip into space was as pilot of STS-108, when Endeavour lifted off on December 5, 2001. In July 2006, Kelly served as pilot for STS-121 aboard Discovery, the second “Return to Flight” mission following the loss of Columbia in February 2003 in a mission that tested new safety and repair techniques introduced following the Columbia disaster. STS-124, aboard Discovery, was Kelly’s first mission as commander. Kelly was also the commander of the STS-134 mission, which was Space Shuttle Endeavour’s last flight. A Captain in the U.S. Navy, Kelly logged more than 6,000 hours in more than 50 different aircraft and has over 375 carrier landings. 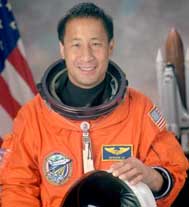 Edward Lu, PhD
Dr. Lu served as a NASA astronaut from March of 1995 until August of 2007. A veteran of three space missions, Lu has logged over 206 days in space, including an EVA totaling 6 hours and 14 minutes. Lu was the first American to launch as the flight engineer of a Soyuz spacecraft and the first American to launch and land on a Soyuz spacecraft (Soyuz TMA-2). As flight engineer and NASA ISS science officer, Lu spent a 6-month tour of duty aboard the International Space Station maintaining ISS systems and overseeing science operations. Lu received numerous commendations including NASA’s highest award, the Distinguished Service Medal. After leaving NASA, Lu joined Google, where he led the Advanced Projects Group responsible for imaging for Google Street View and Google Maps/Earth, book scanning technology and innovative energy projects.