With GPS III in Full Production, the Next Step is Environmental Testing for Lockheed Martin 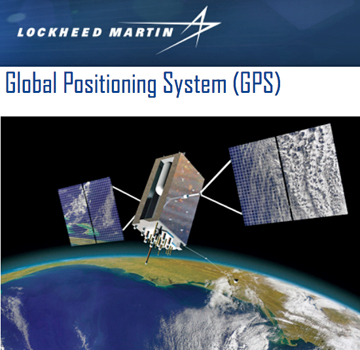 The company’s second GPS III satellite is now assembled and preparing for environmental testing, and the third satellite is close behind, having just received its navigation payload. 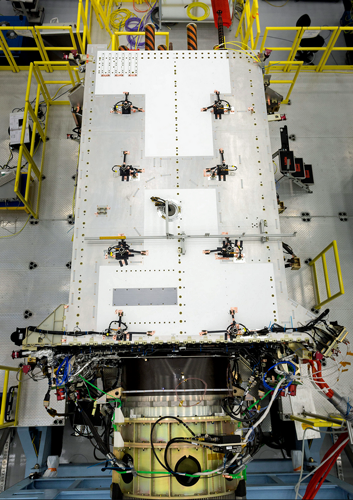 GPS III SV02 is part of the Air Force’s next generation of GPS satellites, which have three times better accuracy and up to eight times improved anti-jamming capabilities. Spacecraft life will extend to 15 years, 25 percent longer than the newest GPS satellites on-orbit today.

According to Mark Stewart, VP of Navigation Systems for Lockheed Martin, GPS III SV02 will begin environmental testing this summer to ensure the satellite is ready for the rigors of space.This testing simulates harsh launch and space environments the satellite will endure, and further reduces any risk prior to it being available for launch in 2018.

GPS III SV03 recently completed initial power on of its bus, which contains the electronics that operate the satellite. The company received SV03’s navigation payload from its supplier, Harris Corporation, in May. After further system testing, SV03 will be ready for full integration later this fall. 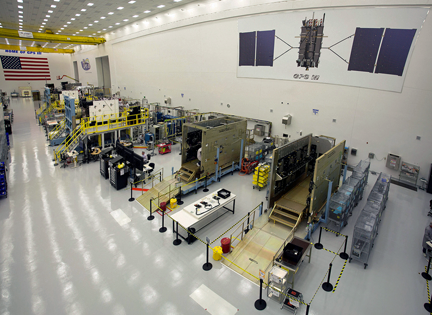 GPS III SV04’s major electronics are being populated as it prepares for its own initial power on. This satellite’s navigation payload is expected to arrive and be integrated into its space vehicle before the end of the year.

Components of the next six satellites, GPS III SV05-10, are arriving at Lockheed Martin daily from more than 250 suppliers in 29 states. To date, more than 70 percent of parts and materials for SV05-08 have been received. The company was put under production contract for SV09-10 in late 2016.

All of these satellites are now following the Air Force’s first GPS III satellite, GPS III SV01, through a proven assembly, integration and test flow. SV01 completed its final Factory Functional Qualification Testing and was placed into storage in February 2017 ahead of its expected 2018 launch.

Investing in the Future of GPS III 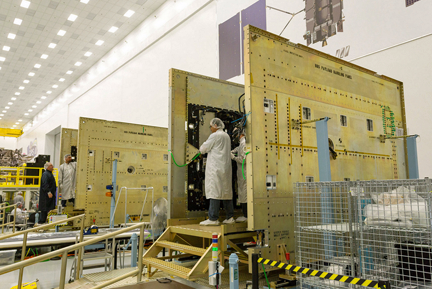 With multiple satellites now in production, Lockheed Martin engineers are building GPS III smarter and faster. Key to their success is the company’s GPS III Processing Facility, a cleanroom manufacturing center designed in a virtual-reality environment to maximize production efficiency. Lockheed Martin invested $128 million in the new center, which opened in 2011.

The company’s unique satellite design includes a flexible, modular architecture that allows for the easy insertion of new technology as it becomes available in the future or if the Air Force’s mission needs change. Satellites based off this design also will already be compatible with both the Air Force’s next generation Operational Control System (OCX) and the existing GPS constellation.

The GPS III team is led by the Global Positioning Systems Directorate at the U.S. Air Force Space and Missile Systems, Center. Air Force Space Command’s 2nd Space Operations Squadron (2SOPS), based at Schriever Air Force Base, Colorado, manages and operates the GPS constellation for both civil and military users.

Stewart added that from day one, GPS III has been a team effort and Lockheed Martin's successes would not have been possible without a strong Air Force partnership. GPS III will ensure the U.S. maintains the gold standard for positioning, navigation and timing.