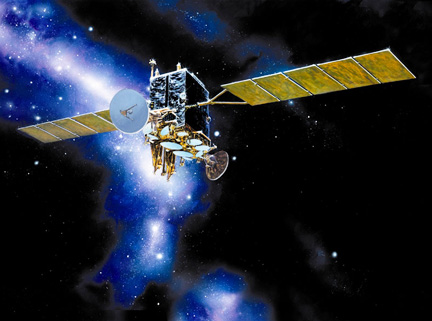 Shortly after the launch on Aug. 14, 2010, the orbit raising plan was modified as a result of an anomaly with the bi-propellant propulsion system, which was intended to place the spacecraft near its operational orbit. The new plan entails two phases: one phase using hydrazine thrusters, which is now complete; and the other using the Hall Current Thruster (HCT) electrical propulsion system. The HCT electrical propulsion system has achieved more than 1,400 hours of successful operation and raised the satellite’s perigee to more than 13,350 km altitude. The satellite is safe — it continues to operate as planned and it is expected to reach geosynchronous orbit in late summer 2011, added SMC officials.

Throughout the anomaly recovery, re-planning, and orbit raising operations, a government and contractor team has demonstrated incredible technical expertise and innovation to work around the anomaly and create the opportunity to achieve mission success of this critical national asset. “Upon reaching orbit, AEHF-1 will provide a significant enhancement to our Nation’s survivable communications infrastructure by allowing us to communicate in a wide range of environmental conditions,” said SMC officials.

AEHF will provide tactical and strategic satellite communications to Army, Navy, Air Force and Marine users, as well as a host of other agencies. AEHF will extend the capabilities of the operational Milstar satellite constellation with an order of magnitude increase in protected communications capability. AEHF is developed by the MILSATCOM Systems Directorate at Los Angeles AFB, Calif. The MILSATCOM Systems Directorate executes an annual budget over $2.4B as it plans for, acquires and sustains space-based global communications in support of the President, Secretary of Defense and combat forces. The MILSATCOM enterprise consists of satellites, terminals and control stations and provides communications for over 16,000 air, land and sea platforms.