[SatNews] NOAA's Jason-3 is the newest satellite in a series of spacecraft that are designed to maintain long-term altimetry observations of global sea surface height—however, the launch of the Jason-3 mission will not occur on July 22nd, as previously announced.

During spacecraft testing, engineers located contamination in one of the four thrusters on the spacecraft. The problem thruster has been replaced. An investigation into the contamination will continue during the next two weeks, as the new thruster is tested. A new launch date will be announced, based on the outcome of the thruster review. 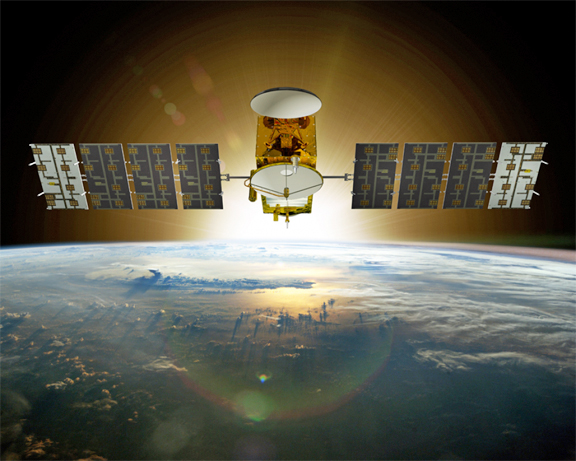 Artistic rendition of the Jason-3 satellite.

This is an important satellite, as the data provided by Jason-3 will offer critical ocean information that forecasters need to predict devastating hurricanes and severe weather before they arrive onshore. Over the long term, Jason-3 will help to track global sea level rise, an increasing threat to the resilience of coastal communities and to the health of our environment. Jason-3’s highly accurate altimetry measurements will be used for a variety of scientific, commercial and operational applications, including:

Jason-3 would not have been possible without a global partnership between Centre National d'Etudes Spatiales (CNES), European Organisation for the Exploitation of Meteorological Satellites (EUMETSAT), and the National Aeronautics and Space Administration (NASA), that freely shared scientific knowledge, financial support and a vision for the betterment of the global community.