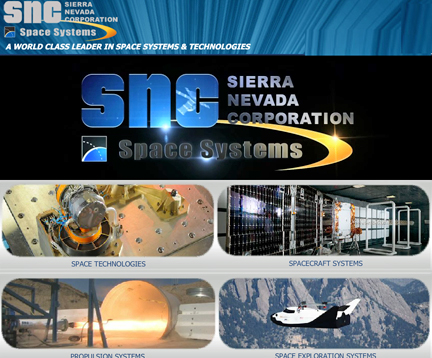 NASA awarded SNC full value of $20 million for the passage of CCiCap Milestone 8, Wind Tunnel Testing. To date, SNC has received more than 80 percent of the total award value under the CCiCap agreement and is on track to complete the program later this year. 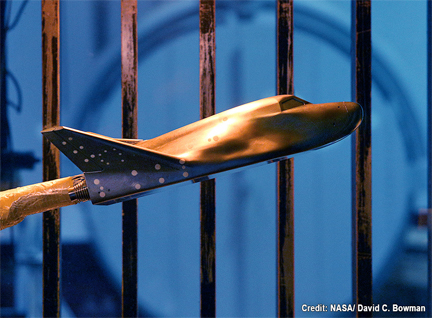 A precise scale model of the Dream Chaser® is evaluated at the Unitary Plan Wind Tunnel at NASA's Langley Research Center.

The purpose of Milestone 8 was to continue to advance the overall design of the Dream Chaser® orbital spacecraft by analyzing the forces and flight dynamic characteristics that the vehicle will experience during orbital ascent and re-entry. The completion of this milestone significantly advances the path to orbital flight of the Dream Chaser spacecraft and the Dream Chaser Atlas V integrated launch system. Several Dream Chaser scale model spacecraft were subjected to multiple different wind tunnel tests in various configurations, including the integrated Dream Chaser attached to the United Launch Alliance Atlas V launch vehicle. In addition to the baseline milestone criteria, SNC fully self-funded an additional wind tunnel test that will accelerate the Dream Chaser development schedule and path to completion of the Critical Design Review.

“The aerodynamic data collected during these tests has further proven and validated Dream Chaser’s integrated spacecraft and launch vehicle system design. It also has shown that Dream Chaser expected performance is greater than initially predicted,” said Mark N. Sirangelo, corporate vice president and head of SNC’s Space Systems. “Our program continues to fully complete each of our CCiCap agreement milestones assisted through our strong collaboration efforts with our integrated ‘Dream Team’ of industry, university and government strategic partners. We are on schedule to launch our first orbital flight in November of 2016, which will mark the beginning of the restoration of U.S. crew capability to Low Earth ORbit.”

SNC is working with NASA’s Commercial Crew Program to develop a safe, innovative, modern, flexible and highly-capable crew transportation system for the 21st Century. Dream Chaser provides the only reusable, human-rated lifting-body spacecraft with a commercial runway landing capability, anywhere in the world, and is on the forefront of the commercial human spaceflight industry, offering safe, reliable and cost-effective crew and critical cargo transportation to low-Earth orbit. Dream Chaser is a multi-mission capable spacecraft that has the ability to work as an independent science platform, or as a logistics vehicle to retrieve, repair, replace, assemble or deploy items in space.