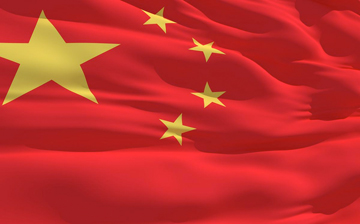 China has launched the nation's first fully owned overseas satellite ground station near the North Pole on Thursday, this according to an article in the South China Morning Post. 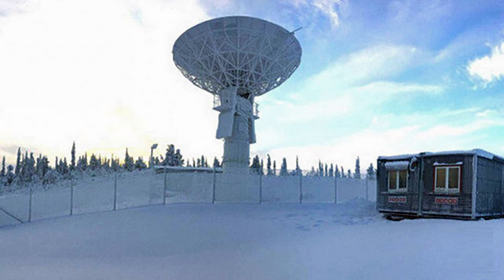 This could be prove just as politically significant to Beijing as the facility’s technological benefits, space experts said. The facility, located in Sweden about 200 km north of the Arctic Circle, would allow China to collect satellite data anywhere on Earth at speeds more than twice as fast as previously possible said the Chinese Academy of Sciences, the academic governing body that built and runs the station. Construction of the China Remote Sensing Satellite North Pole Ground Station, as it is formally known, started two years ago at at Kiruna’s Esrange Space Centre, the world’s largest civil ground station for satellites.

China has previously built ground satellite facilities in numerous foreign countries, mostly in Africa and South America, which are all joint ventures. However, the fully owned overseas ground station in Sweden would give China much greater freedom and security to operate its space projects, some of which had military purposes, a Beijing space scientist said.

Chen Yuming, China’s Ambassador to Sweden, sent a letter of congratulations after the launch ceremony, which marks the start of the station’s test trials. The station had laid a “solid foundation for the long-term cooperation of China and Sweden in science, technology and economic cooperation,” Chen was quoted as saying, according to a statement on the academy’s website. It would make “new, significant contribution to the peaceful use of space for the human race,” he said.

No officials from the Swedish government were believed to be at the ceremony, but Leif Osterbo, president of the Satellite Management Services Division at the Swedish Space Corporation (SSC), was pictured cutting the ribbon at the ceremony, in photographs released by the academy. The SSC, which was also the contractor of China’s Dongara facility, did not mention the launch ceremony on its website.

Professor Liao Mingsheng, a satellite radar expert at Wuhan University’s State Key Laboratory of Information Engineering in Surveying,Mapping and Remote Sensing, said building the ground satellite station near North Pole had “cost a lot of money.” Its remote location and extremely cold environment posed big challenges for the satellite dish and other equipment, which required extra insulation and protection from the elements to ensure they continued to work efficiently, Liao said. However, the station’s long-term benefits would outweigh the costs, he said.

The new facility would play an important role in China’s Gaofen project—a network of observation satellites orbiting the Earth to provide global surveillance capabilities—which was due to be completed in 2020, the academy said. Previously, domestic ground stations have required as many as seven hours to download the data from satellites orbiting the Earth, but the facility in Sweden meant the maximum delay for downloading data would be less than 3.5 hours. The shorter time is because the mapping, weather, reconnaissance and military satellites orbiting the North Pole are able to pass around the Earth about 12 times each day, while those flying over China can orbit the Earth only about five times each day.

The academy said the Arctic station would be using the best and most sensitive signal receiving devices China had ever built, including one with higher bandwidth, covering frequencies from 26.5 to 40 GHz, which had a download speed of 6 Gigabits (billions of bits) per second.