The de-orbiting of the International Space Station (ISS) is in the plans for NASA. 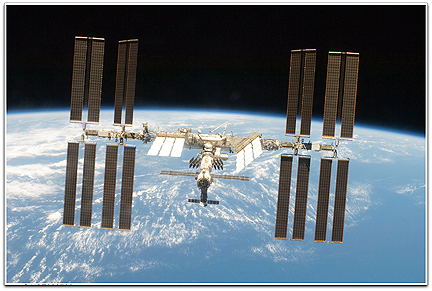 Yep, such a statement is of some interest to many folk, especially after more than a decade of time and money has been invested in upgrading the ISS... in fact, more energy has been spent in improving the station than the time the ISS has operated as a completed space entity. $100+ billion has been pumped into the ISS, and such could be a fairly good reason for cries of outrage should the space station be allowed to de-orbit and then tumble to destruction in the Pacific Ocean in 2016. Certainly, many of the experiments are scheduled to end next year, as well as the program itself, but NASA has now indicated the agency is going to conduct a study that could find the ISS lifespan extended into the 2020's... seems as though waste and overspending and lack of foresight continue to plague government programs. And let us not forget the ISS has already cost more than just monetary expenditures — seven astronauts have lost their lives in pursuit of the ISS spatial dream.