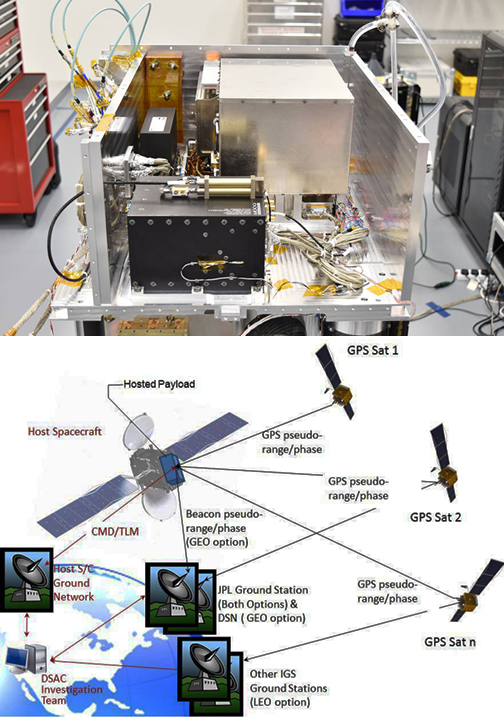 Bottom image:
The planned Deep Space Atomic Clock mission will demonstrate the clock's operability and performance while flown in Earth orbit as a hosted payload. A Global Positioning System receiver and antenna will be connected with the clock in an integrated payload. The clock will have, on average, a view of four satellites and will measure signals transmitted by each. Together, with data from a global network of dozens of ground GPS receivers, signals can simultaneously estimate the accuracy of the Deep Space Atomic Clock.

Imagery is courtesy of NASA.

Also on board OTB as a passive payload are Celestis cremains for Earth orbit memorial spaceflight.

Scott Forney, the president of GA-EMS OTB spacecraft is operating nominally and the company has successfully met the first milestone in DSAC commissioning, which involves power up and establishing normal telemetry. GA-EMS is working closely with JPL to successfully bring DSAC to operational status, and will continue to provide operations support services as DSAC enters its year-long mission to demonstrate its capabilities to support deep space navigation.

Nick Bucci, VP of GA-EMS Missile Defense and Space Systems, noted that before DSAC began the commissioning process, OTB underwent its own critical checkout sequence, including establishing communications, “de-tumbling” and spacecraft stabilization, solar panel deployment, and entering a power and thermally safe mode. The company is extremely proud of the team for successfully completing these critical milestones to initiate the on-schedule commissioning process for DSAC. In addition,the company is now powering up and establishing communication links with the other four customer-provided technology payloads on-board OTB to start their commissioning processes. 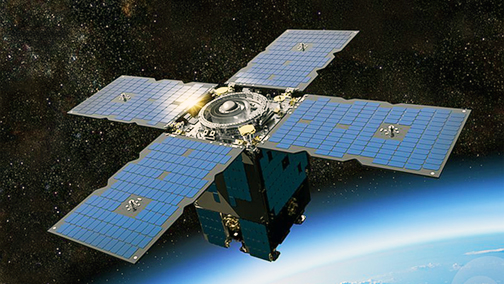 Bucci continued that OTB is a configurable, versatile rideshare platform that is designed to increase the number of flight opportunities to space-qualify multiple demonstration payloads on a single satellite,. The firm works closely with customers to design and build OTB satellites to meet multiple payload requirements to alleviate the costly burden of designing, building, and launching a dedicated platform for each payload. Customers can focus more on their mission objectives, and leave the design, manufacture, launch and mission operation services to GA-EMS.