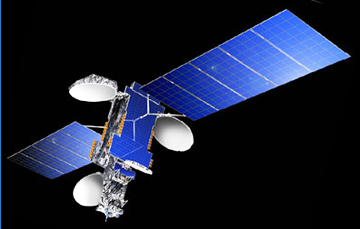 ....Fashion One TV to bring Fashion One to millions of new homes across sub-Saharan Africa via its capacity on the Astra 4A satellite at 5 degrees East. The satellite, which has the most powerful Ku-band coverage in sub-Saharan Africa today, has a footprint that covers an estimated 70 percent of free-to-air, cable, and satellite audiences within Africa from Europe, reaching a community of potentially 50 million television households. It also offers easy reception from dishes that average 90 centimeters. Fashion One has also recently expanded its coverage via GlobeCast’s capacity on the Astra satellite at 19 degrees East, reaching 65 percent of cable and satellite audiences in Europe.

Fashion One joins leading broadcasters such as France 24, TV5Monde, BVN, Voxafrica, and Walf TV in what has become an attractive broadcast neighborhood offering a wide range of general-interest, news, and music channels. GlobeCast receives Fashion One’s signal in SD at its Paris teleport, where the signal is uplinked to the Astra 4A satellite for broadcast over African territories in Ku-band.