Announced during a ceremony with Florida Governor Rick Scott and OneWeb founder Greg Wyler, the factory near NASA’s Kennedy Space Center is set to open in 2017. Delivery of initial satellites will occur later that year or early in 2018. OneWeb Satellites is a joint venture between OneWeb, a satellite based Internet provider, and Airbus Defence and Space, the world’s second largest space company. 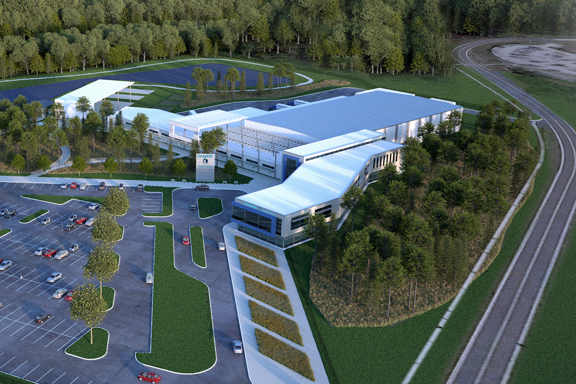 An artistic rendition of the OneWeb satellites factory in Florida.

Image is courtesy of OneWeb Satellites.

The high volume satellite factory will be built in partnership with the State of Florida and Space Florida and is anticipated to create nearly 250 direct jobs. It will bring further growth and development to the world’s-leading space industry in Florida. The 100,000+ square-foot facility will be the industry’s first satellite factory designed to mass-produce spacecraft cost effectively using automated assembly and test capabilities similar to those used in aircraft production facilities. 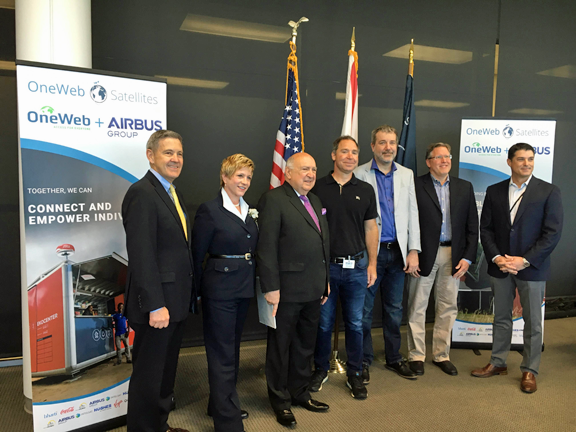 The factory will include state of the art automation, test equipment, and data acquisition capabilities to shorten assembly times and to provide means to analyze factory performance and improve processes. Local contractors in Florida will support the project and additional capability is expected to move into the region. This will be the first satellite manufacturing facility in Florida and the first in the US located in close proximity to a launch site.

Grey Wyler said that the company's new facility is another step to enabling affordable Internet access for the entire globe. With this new facility, the company will be able iterate, update and continuously improve satellite design and performance, he said, and being located directly at the Space Center using Virgin Galactic, OneWeb will be able to launch new satellites within hours of their completion.

Matt O’Connell, the CEO of OneWeb, said that this new facility will enable mass production of satellites with dramatically lower cost factors. And Allan McArtor, the Chairman and CEO of Airbus Group, Inc., added that his company will be using their extensive experience in mass aerospace production to support this US and global growth opportunity.

Brian Holz, the CEO of OneWeb Satellites, stated that the company will be able to leverage much of the local aerospace capability, thereby expanding opportunity in the Space Coast region, and the anticipation is that many of the potential suppliers will co-locate operations near the new facility.