Lockheed Martin... A Most Important 30 Year Anniversary For SAR (Satellites) 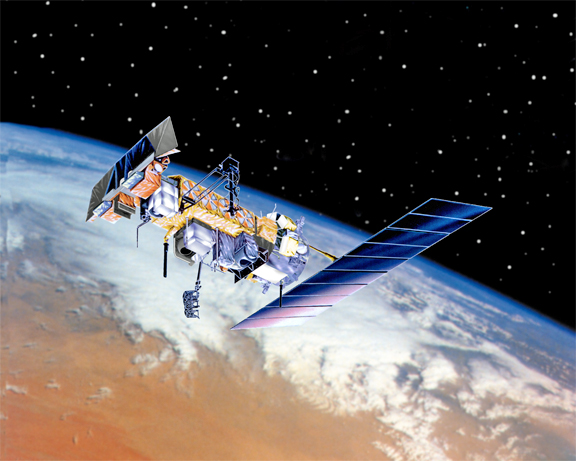 ...very special hosted payload aboard—the first Search and Rescue (SAR) payload on a U.S. satellite. The satellite, NOAA-E, was designed and built at the Lockheed Martin (NYSE: LMT) (then RCA Astrospace Division) facility in East Windsor, New Jersey. To date, more than 33,000 lives have been saved as a direct result of the Search and Rescue Satellite Aided Tracking (SARSAT) capability, and more than 325,000 emergency beacons have been registered in the National Oceanic and Atmospheric Administration (NOAA) database. As of 2012, 26 countries were providers of ground segments for the Cospas-Sarsat system, while 11 countries were user states.

In the midst of the Cold War, SAR hosted payloads were sent into space as the result of an agreement signed in 1979 by Canada, France, the United States, and the former Soviet Union that established the International Cospas-Sarsat Programme—a satellite-based SAR distress alert detection, location, and information distribution system designed to save lives. Cospas-Sarsat provides the alerts to search and rescue authorities worldwide. It was a Russian navigation satellite launched nine months earlier—on June 29, 1982—that carried the first Cospas SAR payload into space.

"While NOAA's weather satellites have indirectly been saving lives for over 50 years by making possible timely forecasts of dangerous weather, the initiation of the Cospas-Sarsat Program originated the use of satellite technology that enabled direct intervention in the rescue of people in distress," said Mark Valerio, vice president and general manager of Military Space at Lockheed Martin Space Systems Company (LMSSC) in Sunnyvale, California, who also served as the SAR mechanical integration lead at East Windsor during the Cospas-Sarsat program.

"It was NASA's vision decades ago, with its 'missions of opportunity' that underscored the value of hosted payloads, and the SARSAT program was an early pioneer," Valerio continued. "Using available space on satellites for small additional payloads added enormous new capabilities, and fostered innovation in satellite missions. Some believe that the notion of hosted payloads is still in its infancy, but our company has been building and integrating them for nearly three decades now and we've come to appreciate the benefits, and understand well the challenges and the risks." Under the Cospas-Sarsat 1979 agreement, France provided the Search and Rescue Processor, developed by the Center for National D'Etudes Spatiales (CNES). Canada's Department of National Defence developed the Search and Rescue Repeater. The United States provided the Search and Rescue Receive Antenna - designed and built by the East Windsor team, which also performed the integration, test and fielding of the system that also needed to work in conjunction with the Soviet Union's Cospas satellites. In the U.S. the SARSAT system was developed by NASA. Once it became fully functional, its operation was turned over to NOAA where it remains today.

The Cospas-Sarsat system swings into action when a distress beacon is activated in a life-threatening emergency. The beacon is picked up by the satellites equipped with the SARSAT hardware. Satellites downlink the distress data to ground stations and mission control centers that distribute it to rescue coordination centers that dispatch personnel to effect a rescue. Typical rescue beacon radios transmit a strong 5-watt signal once every 50 seconds. Most beacons also include a GPS receiver so they can report a precise latitude/longitude location. Aircraft Emergency Locator Transmitters (ELTs) are automatically activated by g-force switches that detect sudden deceleration during a crash, while maritime Emergency Position Indicating Radio Beacons (EPIRBs) are normally activated by contact with seawater. Personal Locator Beacons (PLBs) are activated manually. 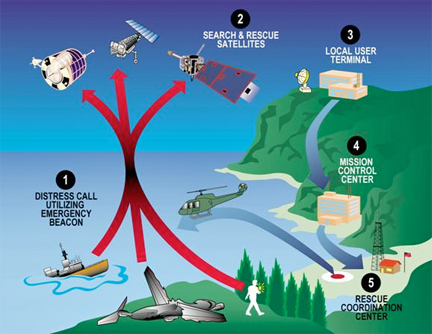 SARSAT diagram, courtesy of NOAA.
Initially, SARSAT hardware was installed only on low earth orbit polar-orbiting satellites, such as the Advanced TIROS-N series. These orbit at about 500 miles in altitude, making a single revolution each 100 minutes, with sensors viewing a different swath of the planet on each pass as the Earth turns beneath them. When a distress beacon is detected, its location can be computed based on the Doppler shift of the beacon signal as the satellite passes overhead. Satellites in polar orbit provide emergency beacon users with global coverage (including the polar regions).

Starting in 1998, SARSAT hardware was also installed on geostationary satellites that reside 22,300 miles in altitude above the equator, orbiting the Earth at the same rate at which it turns beneath them. Because of this, they appear to remain over a fixed point on the Earth's surface. This high perch is ideal for making uninterrupted observations of the weather or environmental conditions over an enormous area, and enables the immediate detection, in their field of view, of distress beacons. However, unlike polar-orbiting satellites, those in geostationary orbit cannot view the Earth's polar regions. 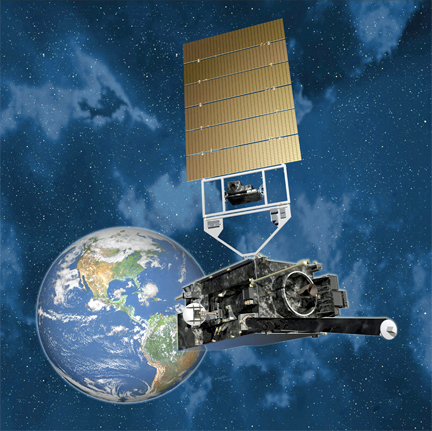 Artistic rendition of GOES-R, courtesy of NASA.
When the GOES-R series of satellites—being built by Lockheed Martin—begin to enter service in 2015, all will host the SARSAT payload. In addition, it is likely that the USAF GPS III satellites, currently under development at Lockheed Martin, will host the payload as that system evolves.