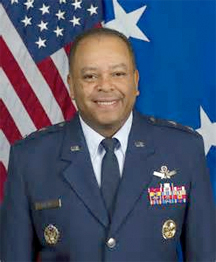 SpaceX is now eligible for award of qualified national security space launch missions as one of two currently certified launch providers. The first upcoming opportunity for SpaceX to compete to provide launch services is projected to be in June when the Air Force releases a Request for Proposal for GPS III launch services.

“This is a very important milestone for the Air Force and the Department of Defense,” said Secretary of the Air Force Deborah Lee James. “SpaceX’s emergence as a viable commercial launch provider provides the opportunity to compete launch services for the first time in almost a decade. Ultimately, leveraging of the commercial space market drives down cost to the American taxpayer and improves our military’s resiliency.”

This milestone is the culmination of a significant two-year effort on the part of the Air Force and SpaceX to execute the certification process and reintroduce competition into the Evolved Expendable Launch Vehicle (EELV) program. The Air Force invested more than $60 million and 150 people in the certification effort which encompassed 125 certification criteria, including more than 2,800 discreet tasks, 3 certification flight demonstrations, verifying 160 payload interface requirements, 21 major subsystem reviews and 700 audits in order to establish the technical baseline from which the Air Force will make future flight worthiness determinations for launch.

“The SpaceX and SMC teams have worked hard to achieve certification," said Greaves. “And we’re also maintaining our spaceflight worthiness process supporting the National Security Space missions. Our intent is to promote the viability of multiple EELV-class launch providers as soon as feasible.”

Elon Musk, SpaceX CEO and Lead Designer, said, “This is an important step toward bringing competition to National Security Space launch. We thank the Air Force for its confidence in us and look forward to serving it well.”

The certification process provides a path for launch-service providers to demonstrate the capability to design, produce, qualify, and deliver a new launch system and provide the mission assurance support required to deliver national security space satellites to orbit. This gives the Air Force confidence that the national security satellites being delivered to orbit will safely achieve the intended orbits with full mission capability.