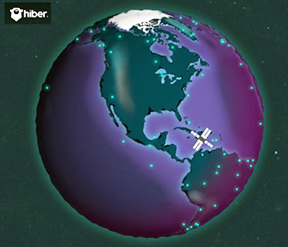 Following the launch of its first smallsats into the stratosphere in late 2018, Dutch startup Hiber has announced that the firm's Internet of Things (IoT) network is now live.

After only three years of product development, the commercial launch of the fully automated end-to-end service known as Hiberband, marks the latest step for Hiber, where it will see its first customers trialing the technology.

Hiber’s first customers will be trialing the service over the coming months with projects based in the 90% of the world that have previously lacked a network. Hiber is unlocking a $100 billion opportunity for growth in the wider IoT market and the network will power projects working hard to improve people’s lives and make a positive impact on the environment. 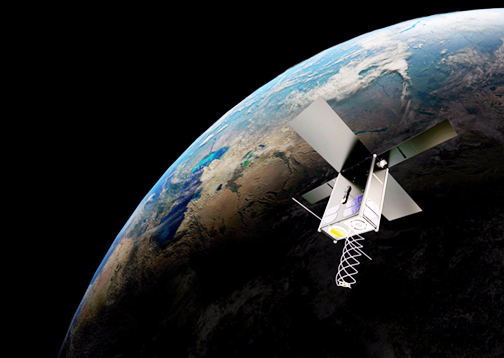 Existing terrestrial networks (such as Lora, NB-IoT or GSM) only work in urban areas, while traditional satellites that provide wider coverage are expensive and power hungry. Hiberband is disrupting global connectivity by empowering individuals and organisations to reliably transmit data (text message size) from the world’s most hard-to-reach places for less than a dollar per month per device with its state of the art end-to-end service.

With more than 70 customers already signed up, projects on every continent will benefit from Hiberband. Any industry operating in remote and developing areas can use the network, with early adopters being from government, environment, transport & logistics, agriculture and mining. A sample of some of the first uses cases to trial the network include:

- Beehive Monitoring - Bees have been facing the threat of extinction for more than fifteen years, and Hiberband’s technology will be instrumental in ensuring successful cultivation and preservation of bee colonies. Bee farmers can monitor the environment inside hives anywhere on the globe using sensors connected via Hiberband, ensuring that the conditions are optimal for bee survival and honey production.

- Crop Monitoring / Post Harvest - Monitoring crops will help farmers across the world reduce food waste and spoiled crops. Centaur Analytics has developed an “Internet-of-Crops™” platform that monitors the condition of harvests all the way from the farm to the consumer. Hiber enables Centaur to provide customers in the US and globally with updates on crop conditions no matter where they are in the world.

Hiber will introduce two networks, Hiberband Direct (a modem + antenna that talks directly to Hiber’s satellites) and a gateway solution, Hiberband Via, which can operate on LoRa (a network widely used for IoT connectivity), Bluetooth or WiFi. Hiber launched its first two satellites from sites in Sriharikota, India and California, USA in November and December, 2018. It will be launching its third and fourth satellites in Q1 2020 also in Sriharikota, India.

Laurens Groenendijk, Managing Director Commercial and co-founder at Hiber (and co-founder of JustEat and Treatwell) said, “We are extremely proud to announce that after only 3 years of hard work, Hiberband is the first network of its kind to become operational on a global scale. We have the team, partners, technology and regulatory building blocks in place to shortly be the industry leader. With full freedom to operate everywhere in the world, we are looking forward to supporting our customers wherever they need to be.”

Sotiris Bantas, CEO at Centaur Analytics said, “Earth’s growing population combined with climate change is placing enormous stress on the world’s food supply chain. The lack of transparency in the chain is causing about one third of the crops in the world to be wasted before consumption. Together with Hiber, we are now able to effectively monitor crops after harvest globally - no matter the location. This means that Centaur and Hiber together combat food waste and promote sustainability, while at the same time providing new business opportunities for producers, traders, and CPG companies.”