[SatNews] On January 24, 2015, Meteosat-7 becomes the longest-serving operational satellite in EUMETSAT history, clocking up 17 years of monitoring the weather from space. 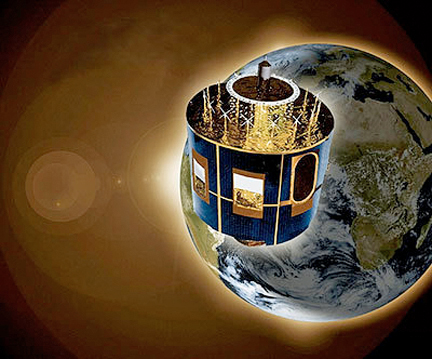 When it was launched in September 1997, Meteosat-7 was the seventh and last in the Meteosat First Generation series of satellites, but was the first solely controlled by EUMETSAT. The satellite was launched under the Meteosat Transition Program  (MTP) to prevent a gap in geostationary coverage, before the new generation of Meteosat satellites (Meteosat Second Generation). MTP was the first program to be initiated by EUMETSAT, instead of ESA, and prompted the decision to set up our own ground segment.Similar in design to its predecessors, Meteosat-7 was designated the primary operational satellite at 0 degrees longitude in June 1998. The satellite had a design life expectancy of five years.

An interesting development arose during Meteosat-7’s period as an operational satellite. The international scientific experiment known as the Indian Ocean Experiment (INDOEX) concluded there was a need for geostationary meteorological coverage over the Indian Ocean. EUMETSAT was the only satellite provider able to fulfill this need, by moving Meteosat-5 to 63 degrees East in 1998. Later, in 2006, Meteosat-7 was moved to provide Indian Ocean Data Coverage (IODC).

Meteosat-7 continues to provide coverage over the Indian Ocean, located above the Equator at longitude 57.5  degrees East, and some 35,800 km. away. The satellites takes images every 30 minutes and provides a service relaying data from Data Collection Platforms (DCP), such as buoys, in support of the tsunami warning system for the Indian Ocean and also has a good viewing angle, giving a good view of cloud systems over the Arabian Peninsula.

Even before it became operational, Meteosat-7 was producing some interesting imagery. In February 1998, there was a total solar eclipse over Pacific and the Caribbean Oceans. Met-7, located at 10 degrees West at that time, saw the event. Fifteen years later, also in February, Meteosat-7 was perfectly positioned to spot the trail of meteor dust from the meteor which exploded close to Chelyabinsk in Russia in 2013.

The satellite is generally in good health, having suffered only a few anomalies over the years. There is approx 6.38 kg of fuel available on board — 3.9 kg is reserved for re-orbiting at the end of the satellite’s life. MSG Operations Platform Team Leader, Flavio Murolo, said, “The fuel budget and the in-orbit experience with Meteosat-5 and 6 gives sufficient confidence that Meteosat-7 should be able to support IODC until end of 2016 or possibly to the 1st quarter of 2017.”

The EUMETSAT Meteosat infosite at http://www.eumetsat.int/website/home/Satellites/CurrentSatellites/Meteosat/index.html  has additional information.