The Hindu has posted a story that reveals that the Indian Space Research Organisation (ISRO) has decided to double the launching of satellites by constructing another Polar Satellite Launch Vehicle Integration Facility. 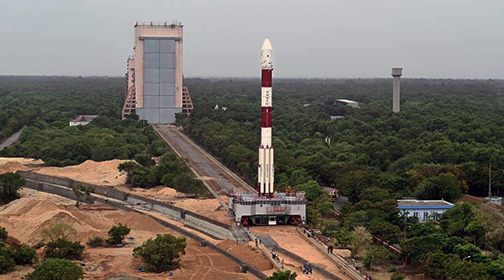 Cost-effectiveness has attracted several countries, including the U.S. and the U.K., to use ISRO’s launch pad at Sriharikota, according to B.V.V.S.N. Prasad Rao, Scientist G and Deputy General Manager at Satish Dhawan Space Centre (SDSC), Sriharikota Range (SHAR).

Mr. Rao told The Hindu that at present the ISRO was able to launch seven satellites from the first launch pad.

“As the demand for PSLVs to launch payloads of foreign satellites is increasing, the ISRO has decided to augment its infrastructure. Once two launch pads are available, we will be able to take up launching of satellites simultaneously, increasing the total number up to 16 per annum,” Mr. Prasad Rao said.

He further said the ISRO had achieved phenomenal success in Geosynchronous Satellite Launch Vehicle (GSLV) Mk II with its expandable launch system and Mk III propelled by cryogenic rocket engine popularly described as ‘Bahubali’ or ‘fat boy’ of Indian space. “Now, we are gearing up to complete all the launches scheduled in the manifest and complete the projects in time,” Mr. Rao said.

ISRO has set an all-time record by launching 104 satellites, including primary payload Cartosat-2D from a single rocket from the first launch pad at the spaceport at Sriharikota last year, out of which three were from India. No space agency in the world has achieved the feat of launching so many satellites into the orbit on a single flight, he added.