The LRO Diviner instrument obtained infrared observations of the LCROSS impact. LRO flew by the LCROSS Centaur impact site 90 seconds after impact at a distance of ~80 km. Diviner was commanded to observe the impact site on eight successive orbits, and obtained a series of thermal maps before and after the impact at approximately two hour intervals at an angle of approximately 48 degrees off nadir. In this viewing geometry, the spatial footprint of each Diviner detector was roughly 300 by 700 meters. 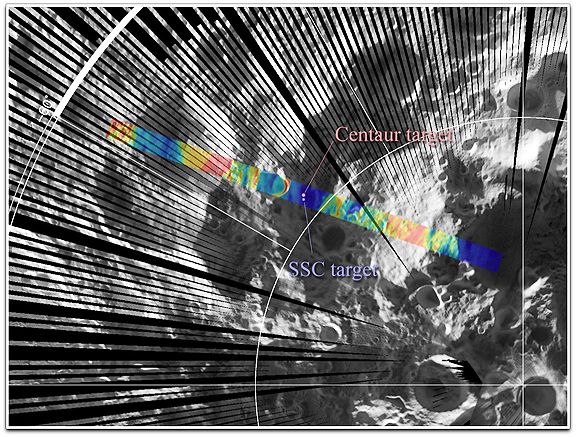