The Lives Of Two Satellites Have Been Extended By DigitalGlobe

[SatNews] DigitalGlobe, Inc. (NYSE: DGI) has reported that, as a result of its annual satellite life review, the company will extend the useful lives of two of its satellites: WorldView-1 and WorldView-2. 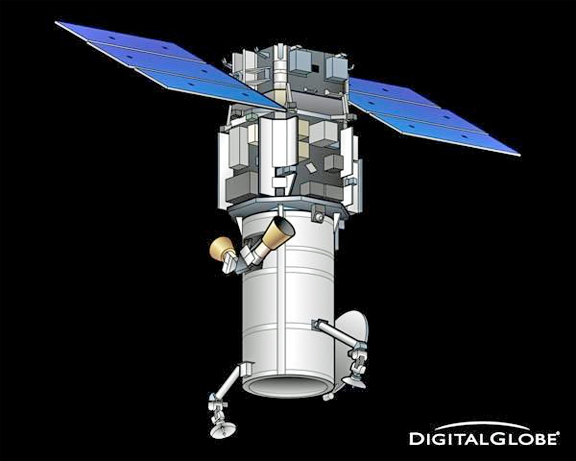 The company has also assigned an initial useful life to its newest satellite, WorldView-3, that is slightly longer than the original use lives assigned to WorldView-1 and WorldView-2. The extended use lives will drive improved capital efficiency, lower capital expenditures, and better cash flows for DigitalGlobe. WorldView-1 will be extended by 2.5 years to 13 years, a 24 percent lifespan improvement, and WorldView-2 will be extended two years to 13 years, an 18 percent lifespan improvement.

“We have now completed an extended period of investment in building out the world’s leading Earth Observation capability,” said Jeffrey R. Tarr, CEO of DigitalGlobe. “Extending the useful lives of our satellites will further reduce the capital required to sustain this unmatched capability over the long term. We expect this to result in a less capital intensive business model, improved free cash flow and returns, and improving shareholder value.”

In addition, the use-life extensions will result in non-cash reductions to revenue and depreciation expense effective October 1, 2014.

These changes are summarized in the following chart:

WorldView-3, which was launched in August 2014, has been assigned an initial use life of 11.5 years through the first quarter of 2026, leading to depreciation expense of $56.5 million annually beginning on Oct. 1, 2014.

The company continues to expect to report revenue for the full year 2014 in a range of $640 million to $660 million. EBITDA, Adjusted EBITDA and capital expenditure estimates also remain unchanged from expectations provided on the company’s third quarter earnings announcement on October 30, 2014.

The DigitalGlobe infosite at https://www.digitalglobe.com/ has additional information.