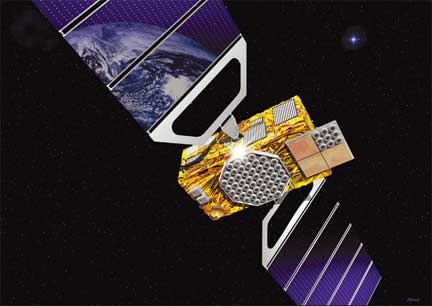 ...Dr. Ingo Engeln, Member of the Executive Board of OHB System AG, at the Farnborough International Airshow for the construction of a further eight navigation payloads for the European Galileo program. Under the contract, worth approximately 80m euros, SSTL will construct the navigation payloads for the second batch of Full Operational Capability satellites (Work Order No. 2), continuing a successful cooperation between the two companies to build the first 14 satellites (Work Order No. 1) under the supervision of the European Space Agency (ESA).

Dr. Matt Perkins, CEO of SSTL, said, “We value our role in the Galileo program greatly. SSTL is committed to the FOC program and together with OHB we are making great strides towards the completion of the first satellites—a momentum which we will carry forward with these next eight payloads.”

"It is a pleasure to witness this signature, it shows OHB and SSTL are preparing at full speed the building of the additional 8 satellites ordered at the beginning of 2012 for the GALILEO constellation. These will complement the order of 14 satellites initiated in 2010," said Giuliano Gatti, Head of the ESA GALILEO Space Segment Procurement Office.

This contract formalizes arrangements between the two companies following the award of Work Order No. 2 to the OHB-SSTL team by Antonio Tajani, European Commission Vice President in February of this year. Work has already begun on the new batch of payloads and the first is due for delivery in early 2014. SSTL is responsible for the navigation payloads that will provide all of Galileo’s services. Assembled and tested at SSTL’s Kepler Technical Facility in the U.K., the sophisticated payloads are based on European-sourced equipment, including highly accurate atomic clocks, navigation signal generator, high power travelling wave tube amplifiers and antennas.

The SSTL-OHB team is currently integrating the first of the FOC Work Order No. 1 satellites in at OHB’s facilities in Bremen, Germany, which are due for launch next year. The Full Operational Capability phase of the Galileo programme is managed and fully funded by the European Union. The Commission and ESA have signed a delegation agreement by which ESA acts as design and procurement agent on behalf of the Commission. The views expressed in this Press Release can in no way be taken to reflect the official opinion of the European Union and/or ESA. “Galileo” is a trademark subject to OHIM application number 002742237 by EU and ESA. 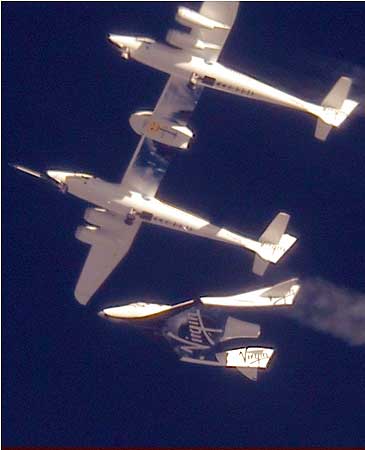 ...Virgin’s new launch vehicle, radically lowering the cost of building and launching small satellites. This MOU comes on the heels of Virgin Galactic’s announcement of its new LauncherOne program, an unmanned rocket that will be air-launched by SpaceShipTwo’s carrier aircraft, WhiteKnightTwo, and that will be capable of delivering as much as 225kg to low Earth Orbit (LEO). SST-US and Virgin Galactic have agreed to work together to provide SST-US, the world leader in small satellite manufacturing, the information needed to build the most powerful spacecraft that LauncherOne can support, giving satellite customers a powerful and affordable option to put their payloads into space. 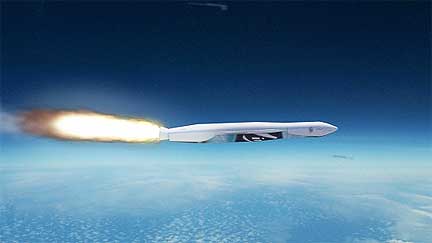 Artist concept illustration of LauncherOne,
courtesy of Virgin Galactic.
SST-US is the U.S. operation of Surrey Satellite Technology Ltd. (SSTL), the pioneer in small and cost effective space missions. The collaboration with Virgin Galactic is expected to involve the development by SST-US of new launcher-optimised satellite platforms, the supply of subsystems to the launch vehicle, and advising on market requirements for launch services. Dr. John Paffet, CEO of SST-US, said, “Since we launched our first small satellite in the Eighties, we have been changing the economics of space by leveraging innovation. As our platforms have become an integral part of many space programs, launching satellites at a cost that is synergistic with the mission programme remains a challenge. We look forward to collaborating with Virgin Galactic on this exciting new venture to develop a solution to this need.”

LauncherOne will be a two stage vehicle capable of carrying up to 500 pounds (225 kilograms) to orbit for prices below $10 million. The rocket will be launched from Virgin Galactic’s WhiteKnightTwo, the uniquely capable aircraft also designed to carry SpaceShipTwo aloft to begin her suborbital missions. With more than 85 flights completed to date, WhiteKnightTwo has substantially completed her test flight program.