Link to Spacebel's homepage
[SatNews] A new EO satellite will be built... 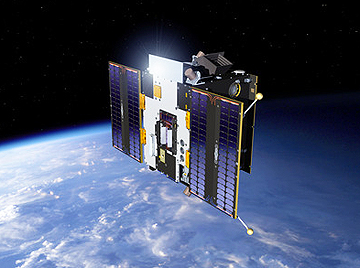 The Project for On-Board Autonomy (PROBA) satellite, image courtesy of ESA
After lengthy negotiations, and thanks to the continued support of the Belgian federal and regional authorities, SPACEBEL has been commissioned to supply to Vietnam an environment and territory observation microsatellite. For this first successful commercial sale of the PROBA microsatellite technology, SPACEBEL is surrounded by a number of Belgian partners that include QinetiQ Space, AMOS, and the Centre Spatial de Liège, which will bring their respective expertise in the field of satellite platform, integration, payloads and optical validation.

As the leader of the Belgian consortium, SPACEBEL is in charge of the mission and system studies, design and development of the entire satellite software package as well as the development and deployment of the ground segment. Weighing a hundred kilo and scheduled for launch in 2016, the satellite “Made in Belgium” will enable Vietnam to monitor autonomously its natural resources: farmland, forests, rivers, water fauna, and so on. The signing ceremony of the contract is planned in March 2012 on the occasion of the forthcoming Belgian economic mission to Vietnam, chaired by HRH Prince Philippe. This project also represents the recognition of the competence of the Belgian space industry, in particular that of SPACEBEL.