The Vision to Reality Award Won by Orbit Fab

Orbit Fab has received the distinguished Vision to Reality Award for taking concrete steps toward satellite refueling in space. 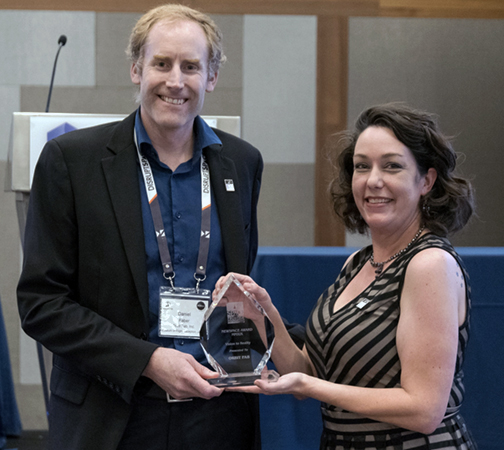 Recent tests of the company’s refueling equipment ended with Orbit Fab becoming the first private company to supply water to the International Space Station. By developing essential infrastructure in orbit, the company hopes to enable dramatic growth over the coming decade. The Space Frontier Foundation (SFF) last bestowed this prestigious award in 2015 to Made In Space for the first successful 3D printing in orbit. Other awardees include SpaceX for the successful launch of Falcon 1, Scaled Composites for flying the first private human-piloted spaceship into space, and the founders of the International Space University. 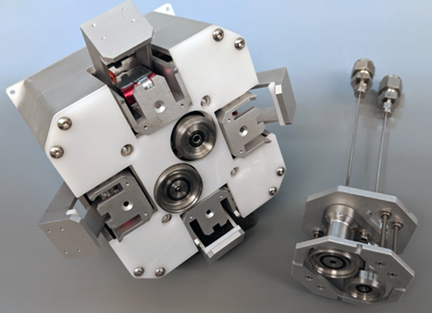 Having attained flight heritage for the company’s propellant tanks and feed system, Orbit Fab is preparing to launch its first operational fuel tankers. Qualification to NASA’s human factors and safety standards also validates Orbit Fabs refueling equipment for use by astronauts. This was a critical step to refuel future satellites at manned stations, such as the Deep Space Gateway (DSG) which is currently under development.

Satellite refueling is not a new concept; however, discussions with thought leaders identified the lack of an available fueling port as a major impediment to making reusable satellites. Orbit Fab collaborated with more than two dozen industry-leading companies to understand the major pain points and requirements, enabling the company to develop the Rapidly Attachable Fuel Transfer Interface (RAFTI). Commercial availability was announced in April this year, along with the sale of the first RAFTI fueling ports. By performing the functions of a satellite’s fill and drain valve, satellite owners can use RAFTI to fill their satellites on the ground and gain the option to refuel in orbit. This allows satellites to be reused, re-tasked, and repositioned in orbit, giving companies more flexibility to adapt to changes in their markets and emerging opportunities. 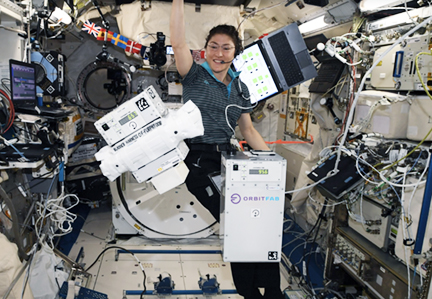 On June 18, Orbit Fab became the first private company to supply the International Space Station with water after successfully demonstrating their refueling capabilities.

Earlier this month, Orbit Fab was also selected as one of ten companies for the inaugural class of the Techstars Starburst Space Accelerator in Los Angeles, California. The program is backed by industry leaders, including NASA’s Jet Propulsion Laboratory, U.S. Air Force, Lockheed Martin, Maxar Technologies, SAIC, and Israel Aerospace Industries North America. The program works with participating startups to accelerate their businesses and business models over an intensive three months, with the goal of compressing a typical 2-year growth trajectory into just 90 days. Techstars accepts less than 2 percent of applicants into its accelerator programs across the world, making it more selective than Harvard.

The Vision to Reality award recognizes outstanding achievements in the development and operation of a device, system, or entity that forwards the opening of the space frontier. The winners must have actually “pulled one-off,” that is, they must have succeeded in reaching their goal. Good ideas, business plans, or anything requiring “unobtainium” doesn’t count and qualified achievements must have taken place within the 12 months prior to the call for nominations.