NASA—Crewed Flights To ISS From The U.S.? (Business) 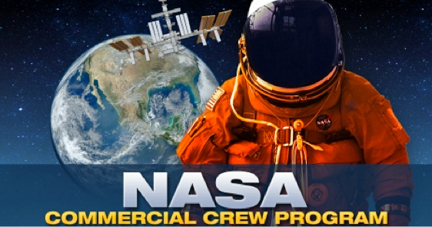 [SatNews] NASA has taken another step to restore an American capability to launch astronauts from U.S. soil to the International Space Station by the end of 2017, subject to the availability of adequate funding.

This phase of the CCP, called Commercial Crew Transportation Capability (CCtCap), will enable NASA to ensure a company's crew transportation system is safe, reliable and cost-effective. The certification process will assess progress throughout the production and testing of one or more integrated space transportation systems, which include rockets, spacecraft and ground operations. Requirements under CCtCap also will include at least one crewed flight test to the space station before certification can be granted.

As with all of NASA's human spaceflight activities, astronaut safety will be a priority. CCtCap ensures a strong emphasis on crew safety through its requirements, including NASA insight throughout development and thorough testing of the space transportation systems.

NASA expects to award one or more CCtCap contracts no later than September 2014. CCtCap is the second phase of a two-phased effort that began last year. It builds on the accomplishments of a first certification phase, called Certification Products Contracts (CPC). CPC required companies to deliver a range of products that establish a baseline for their integrated system certification. CCtCap is open to any company with systems at the design maturity level consistent with the completion of the first certification phase.

CCtCap contractors will plan, manage and execute long-term production and operational plans for their systems. The firm-fixed price contracts, based on the Federal Acquisition Regulations, will include at least one crewed flight test to verify the spacecraft can dock to the space station and that all its systems perform as expected. CCtCap contracts also will include at least two and as many as six crewed, post-certification missions to enable NASA to meet its station crew rotation requirements.

While CCtCap will enable NASA to acquire a capability to transport crews to the space station, systems developed by U.S. industry can be marketed and used by other customers.

As NASA works with U.S. industry partners to develop commercial spaceflight capabilities to low Earth orbit, the agency also is developing the Orion spacecraft and the Space Launch System (SLS), a crew capsule and heavy-lift rocket to provide an entirely new capability for human exploration. Designed to be flexible for launching spacecraft for crew and cargo missions, SLS and Orion will expand human presence beyond low-Earth orbit and enable new missions of exploration across the solar system.