Following the announcement earlier this year of an agreement between Arabsat and ONT to launch a Tunisian broadcast platform on Arabsat Badr-4 at 26° East, Rohde & Schwarz has been selected to design, install and commission the TV broadcast platform, which became fully operational in October — working closely with Arabsat, Rohde & Schwarz has installed its R&S AVHE100 encoding and multiplexing solution ten standard definition (SD), two High Definition (HD) television channels and 24 radio stations.

All design, installation, commissioning and training requirements were provided by Rohde & Schwarz locally based team of specialist engineers. In addition, Turkey-based SVS has supplied the platform’s satellite Earth station. 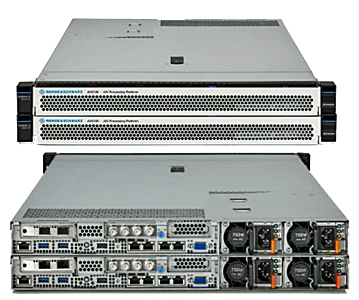 This new DTH platform operation enables Tunisian and regional broadcasters to have a direct access from Tunis to the growing 26°E neighborhood with a coverage encompassing MENA and Western Europe. Founded in 1976 by the 21 member-states of the Arab League, Arabsat has been serving the growing needs of the Arab world for more than 40 years. Now one of the world’s top satellite operators and by far the leading satellite services provider in the Arab world, Arabsat carries over 500 TV channels, 200 radio stations, payTV networks and wide variety of HD channels reaching tens of millions of homes in more than 80 countries across the Middle East, Africa and Europe — including an audience of more than 170 million viewers in the Middle East and North Africa (MENA) region alone tuned into Arabsat’s video “hotspot” at 26°E.

The R&S AVHE100 encoding and multiplexing solution is fully IP-based, which creates significant efficiencies in terms of space and power saving. Importantly, its IP basis enables straightforward system function and capacity extensions to cater for future growth and new service provision as required by ONT and Arabsat in the future. Arabsat has developed a strategy that sees significant expansion of the DTH platform, bringing many new services to market in the near future. The R&S AVHE100 encoding and multiplexing solution can encode in MPEG2 and MPEG4 today and a future transition to HEVC and UHD-TV is possible with the addition of new software systems and minimal extra hardware.