The SpaceX Launch of SES-12 Deferred 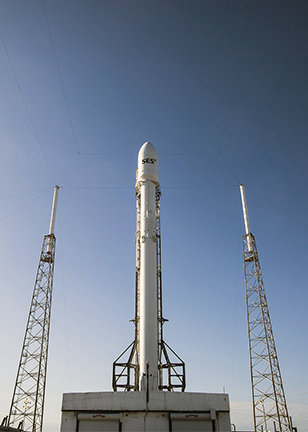 The SES-12 satellite will not be taken to orbit today, as had been planned — SpaceX has delayed this launch as additional testing is underway on the Falcon 9 launch vehicle's second stage.

The new launch date is going to be June 4 for the satellite aboard one of the company's "launch proven" Falcon 9 rockets — that's if all goes well with the second stage examination process. The testing process is being applied to the second stage only, not the first stage that is scheduled to "re-land" after powering the rocket up, up and away from Pad 40 at Cape Canaveral AFS. This happens to be the second launch delay for the SES satellite.