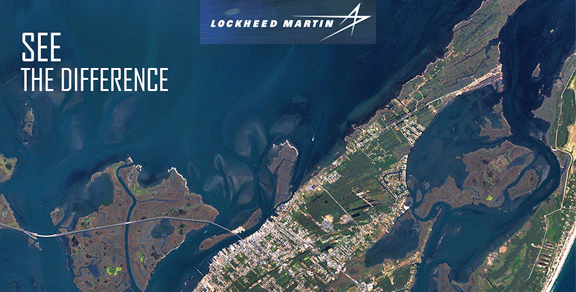 The NIRCam was manufactured for the University of Arizona and NASA and will serve as both the primary science instrument and the primary mirror-alignment sensor aboard the telescope. Unlike other space observatories, such as the Hubble Space Telescope, the Webb telescope does not use a single monolithic primary mirror. Instead, Webb's primary mirror is comprised of 18 individual, adjustable segments that will be aligned in space using NIRCam. 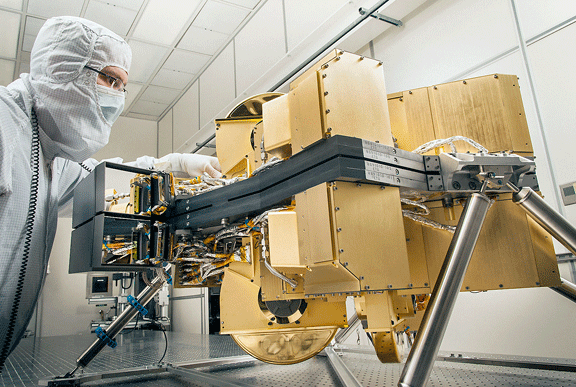 he Near-Infrared Camera for NASA's James Webb Space Telewcope is seen in a cleanroom at the Lockheed Martin Advanced Technology Center in Palo Alto, California, where it was designed and built.

NIRCam performed better than requirements in the recent tests at ultra-cold cryogenic temperatures. When performance is measured in nanometers, precision takes on new meaning—these recent test results revealed that the NIRCam absolute wavefront performance—the measure of accuracy—to be between 32 and 52 nm, which is far better than the requirement of less than 93 nm).

This is how precise the performance was—a human cell is several thousand nm across, and 52 nm is roughly 1/40th of the wavelength of the light being measured. Not only is the optical performance better than required, the results were rock-steady and revealed no measurable change between the tests.

Lockheed Martin delivered NIRCam to NASA in March of 2014 to be installed into the ISIM. Now that NASA has completed the ISIM trials, technicians will integrate the instrument cluster with the optical telescope element for combined testing. NIRCam is helping the Webb stay on the telescope's launch path which is scheduled for October 2018. Webb is an international project led by NASA with its partners the European Space Agency and the Canadian Space Agency.

The NIRCam program manager at Lockheed Martin, Alison Nordt, emphasized that the NIRCam must operate correctly in order for the James Webb Space Telescope to function correctly. "The alignment of the Webb's primary mirror segments depend on NIRCam to determine how to adjust the segments correct," Nordt said.