A GEM of a Rocket Motor Test by Northrop Grumman 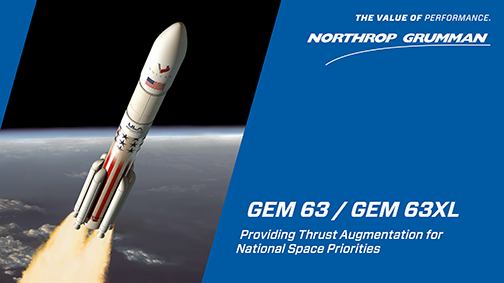 The maximum thrust of the GEM 63 is 373,000 pounds or roughly the equivalent of five B-2 Spirit bombers. Up to five GEM 63 motors can support a single Atlas V launch. The GEM 63 team developed the motor under a cooperative development program with ULA. Northrop Grumman has been supplying solid propulsion motors for a variety of launch vehicles since 1964 and is ULA’s largest legacy supplier of solid propulsion. Northrop Grumman’s expertise in solid rocket boosters combined with ULA’s history of reliability results in a strong partnership that guarantees assured access to space for national security. 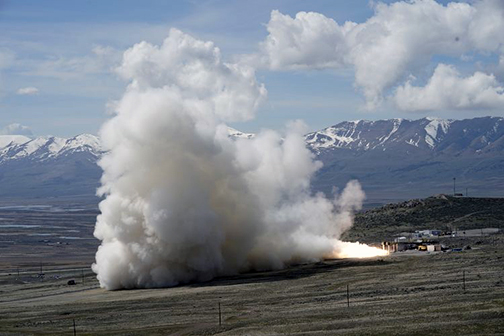 The first ground test, conducted in September 2018, qualified the motor for use as a strap-on booster for the Atlas V. Today’s test satisfies additional requirements for certification by the U.S. Air Force. The first launch using GEM 63 motors will take place in 2020.

In addition to the GEM 63 motor, Northrop Grumman is also developing a GEM 63XL motor for ULA’s Vulcan Centaur rocket. Both versions of the GEM 63 family use common materials and processes to maintain a high-reliability, low-cost product. The first GEM 63XL case, which is the longest non-segmented, monolithic case ever manufactured, has already been wound at a new facility in Clearfield, Utah, and is currently in the structural qualification process.

Tory Bruno, ULA’s president and CEO reported that this test is an important step in the development of these new boosters for the Atlas V launch vehicle and the company thanks Northrop Grumman for the continued partnership and outstanding teamwork. By flying key hardware first on the company's Atlas V rocket prior to flying it on the Vulcan Centaur rocket, it provides increased confidence for the first flight of ULA's new rocket in 2021.