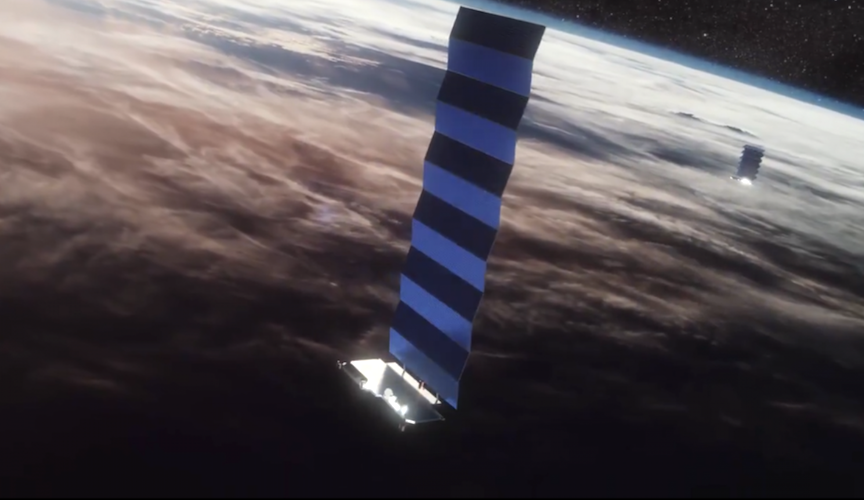 SpaceX's Starlink satellites were brighter than many expected.SPACEX

SpaceX has said it is taking measures to tackle some of the concerns raised by astronomers about its Starlink constellation, as it gears up to launch more than a thousand satellites in the next 12 months.

The company’s Starlink mega constellation, which will add up to 42,000 satellites to orbit (only 2,000 active satellites in total orbit Earth today) to beam high-speed internet around the globe, has been taking shape in 2019. The company launched its first 60 satellites in May, followed by a second launch in November.

A third launch is planned in late December, and a fourth in January – with 24 in total planned by the end of 2020. The company hopes to launch 60 Starlink satellites roughly once every two weeks, adding more than 1,500 satellites to orbit by the end of next year alone.

While this has raised considerable concerns about space debris, it has also rankled astronomers. Already, some have reported that their observations of the night sky have been ruined by passing Starlink satellites. As more launch, many fear that the views of the universe could be changed forever.

One issue is that each Starlink satellite, weighing about 225 kilograms, is brighter than expected, and clearly visible at dusk and dawn. However, in a meeting with reporters on Friday, December 6, SpaceX President Gwynne Shotwell said the company wanted to do “the right thing”, and prevent such an impact on the night sky.

Shotwell said that one of SpaceX’s next Starlink satellites launched in December would be “treated with a special coating designed to make the spacecraft less reflective and less likely to interfere with space observations”, reported SpaceNews.

“We are going to get it done." 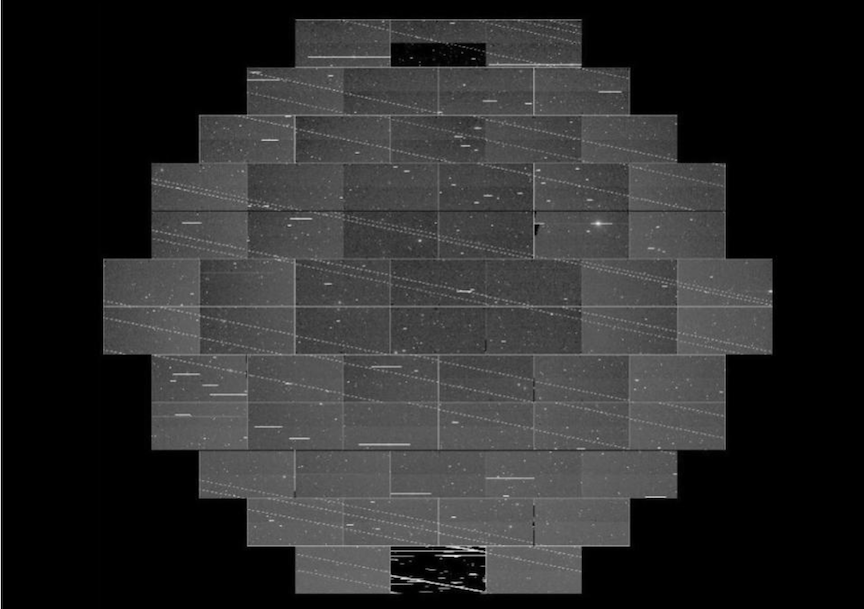 Starlink trails seen in an astronomical observation of nearby galaxies.
CLIFF JOHNSON/CLARAE MARTÍNEZ-VÁZQUEZ/DELVE

In the meeting, Shotwell said there would be “a coating on the bottom” of one of the satellites, and the company would “do trial and error to figure out the best way to get this done.”

“We want to make sure we do the right thing to make sure little kids can look through their telescope,” she added. “Astronomy is one of the few things that gets little kids excited about space.”

Shotwell noted that lowering the reflecitivity of the satellites “definitely changes the performance of the satellite, thermally,” according to Business Insider. However, they would experiment with different ideas to see what works best.

And she noted, too, the impact this could have on professional astronomy. “There are a lot of adults that get excited, too, who either depend on [the night sky] for their living or for entertainment,” she said, reported SpaceFlight Now.

Several astronomy groups are currently in contact with SpaceX, including the National Radio Astronomy Observatory (NRAO) and the American Astronomical Society (AAS), to work out better solutions to the problem. The latter, in a recent statement, said that things were “moving in a hopeful direction after our last two telecons [with SpaceX].”

Now, many astronomers will be hoping SpaceX’s efforts can ensure the night sky is not permanently altered. While about 120 Starlink satellites have already launched, with 120 more to follow in the coming weeks, it may well be a case of “better late than never” if a solution can be found.