Africa's largest and most advanced smallsat is ready for launch, according to South African space authorities.

The announcement was made by South African Minister of Science and Technology, Mmamoloko Kubayi-Ngubane, who took part in a ceremony at the Cape Peninsula University of Technology (CPUT) in Cape Town to ship the satellite to India for launch in July. 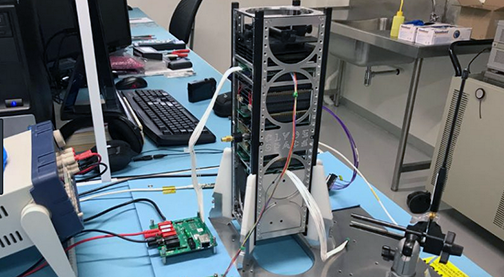 Supporting such programs as ZACube-2 enable the country to benefit from trained and experienced young space engineering experts, said Munsami.

ZACUBE-2 is the second nanosatellite developed by South Africa. ZACUBE-1, the predecessor of ZACUBE-2, was launched in 2013 for space weather research. The experiences gained then through the French-South African cooperation in satellite engineering have resulted in the completion of ZACUBE-2.